An Eames-Inspired Office Chair From Herman Miller and Studio 7.5


There may be no more of an iconic and accessible designer chair than the once common Eames Shell Chair. Countless of these one-piece shell designs accommodated students in classrooms, served as extra seating in offices, and offered patients a place to sit in waiting rooms across the nation since its 1950’s introduction – a design extraordinary in its prevalence and its adaptive nature. It is arguably Ray and Charles Eames greatest accomplishment in answering their own call to produce a design intended to “serve to the greatest number” and not just a “privileged social class.” 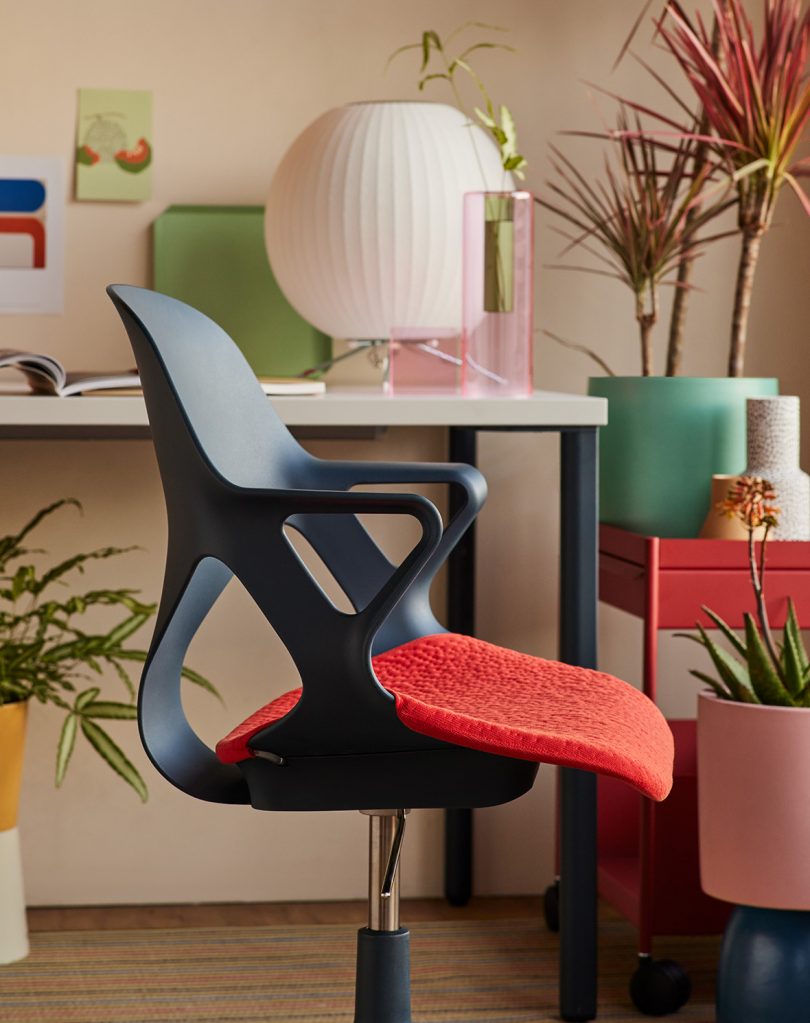 “Our ambition was to create an animated shell chair,” says Burkhard Schmitz, co-founder of of Studio 7.5 alongside Carola Zwick and her brother Roland Zwick, “What first sounds like a contradiction became possible by utilizing the inherent materiality of plastic: being flexible and capable of providing a spring loaded mechanism.” 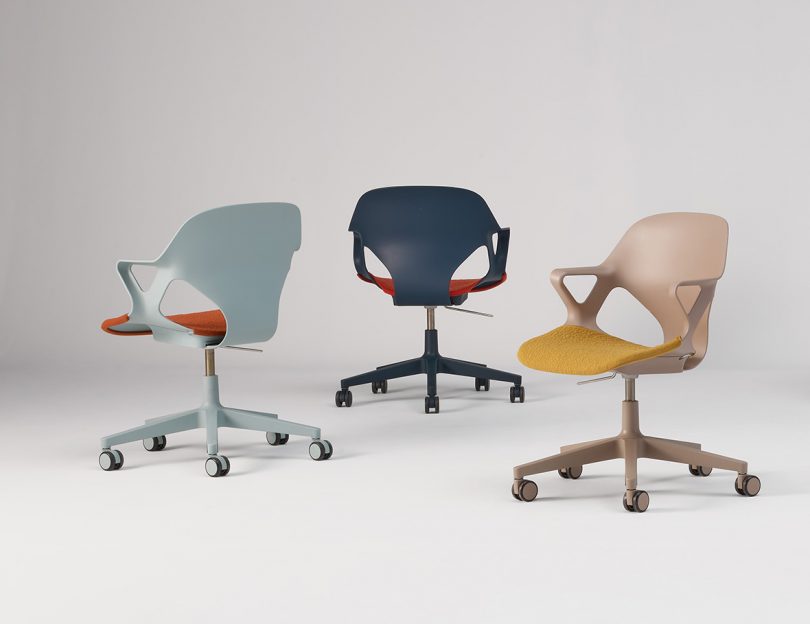 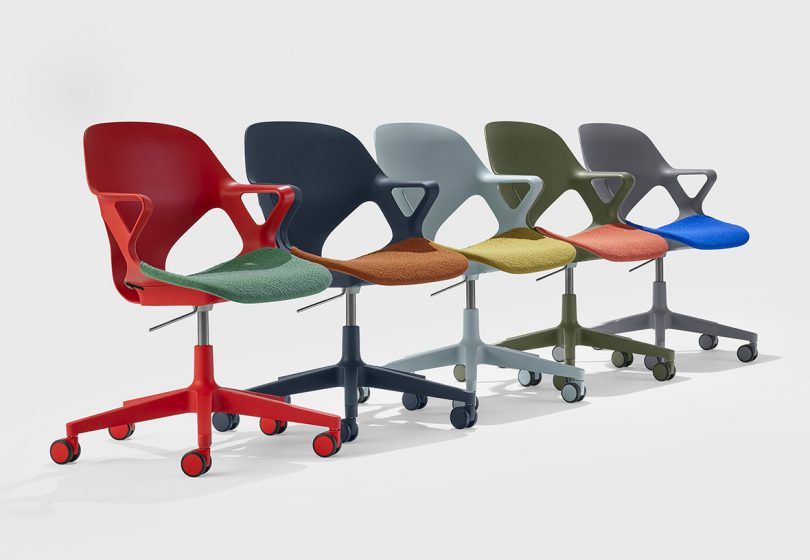 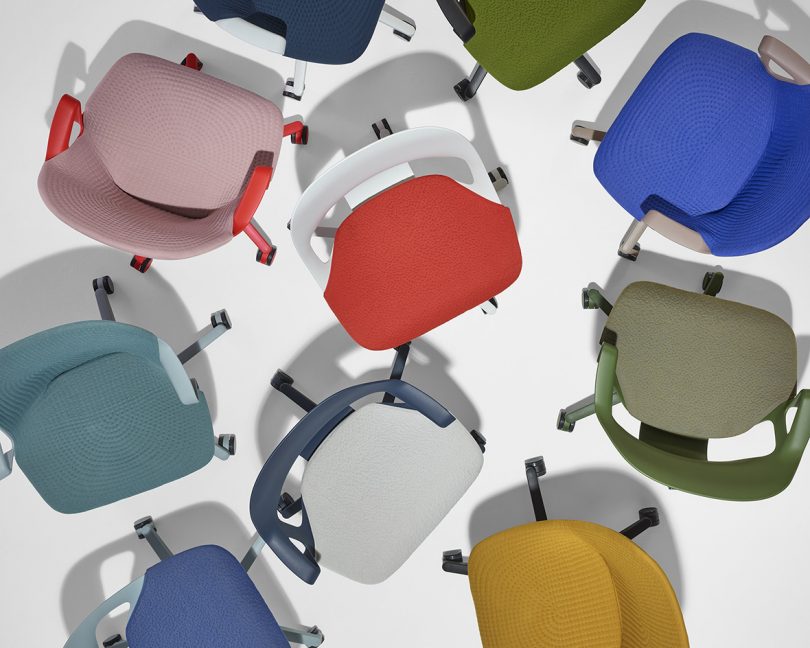 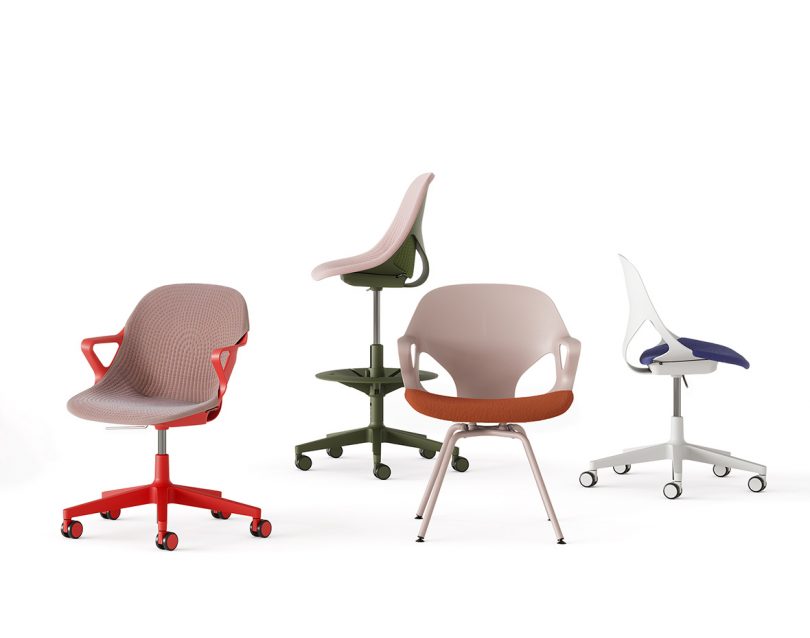 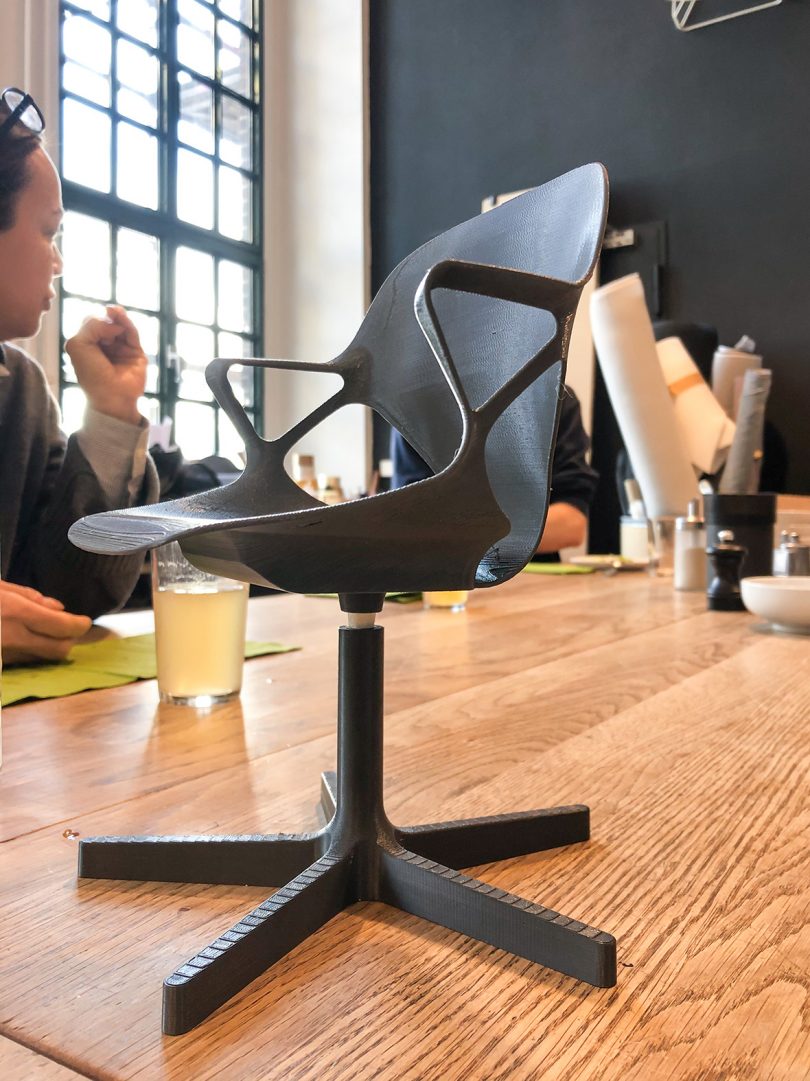 Numerous scale models and 3D printed prototypes were explored in pursuit of finding a form serving the body’s natural recline that would utilize the sitter’s pivot points to create the right counterbalance and change posture seamlessly. 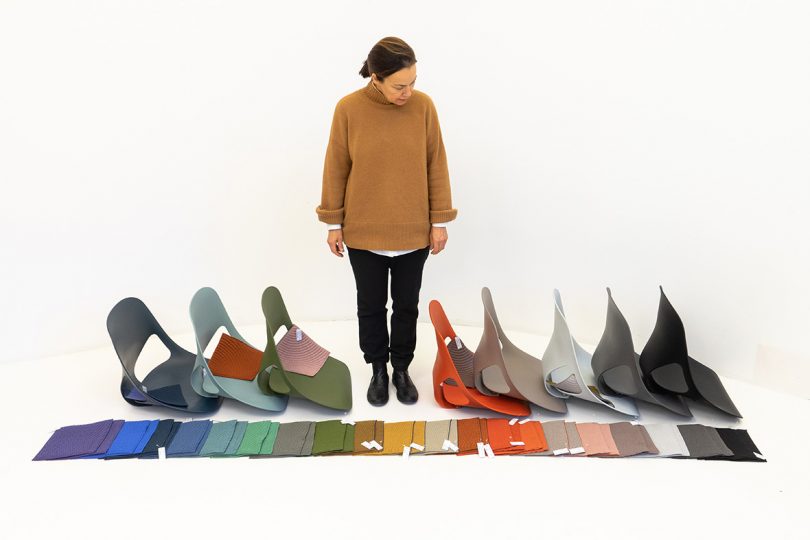 Another nod to its mid-century inspiration is Zeph’s fruit rainbow spectrum of hues; the color dipped shell and 3D knit made of 50% recycled polyester yarn upholstery can be mixed and matched for endless variations:  “One of the things we wanted to pick up from Herman Miller’s mid-century era was the optimistic and delightful idea of the future. We wanted Zeph to be playful and happy,” notes Zwick. Customers will have the option to choose from eight shell colors with 20 seat pad upholstery options to accessorize. 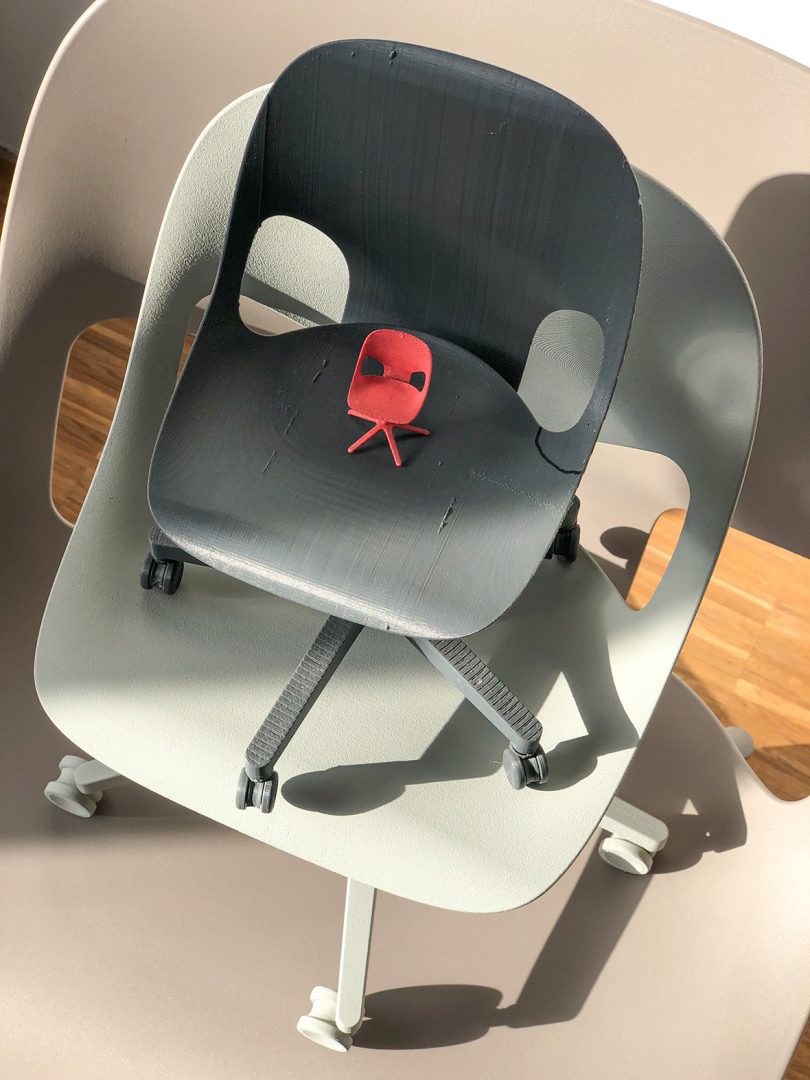 Studio 7.5 made numerous models to find a one-piece seat and back that would adapt to the body of the person seated within it using a kinematic plastic mono-shell form.

Furthermore, the chair’s upholstery can easily be mounted and replaced without tools for easy cleaning or to swap different colors, allowing the option to change out colors without requiring any disassembly required of most office/task seating.

Herman Miller is launching the Zeph both in chair and work stool variations first, before releasing the design as a unibody upholstery variation later this year, with a side chair version of Zeph with the same kinematic mono-shell slated for early next year. Hopefully we’ll get some behind-in-seat time to see whether the Zeph lives up to its affordable and ergonomic aspirations to become the next Eames Shell Chair. 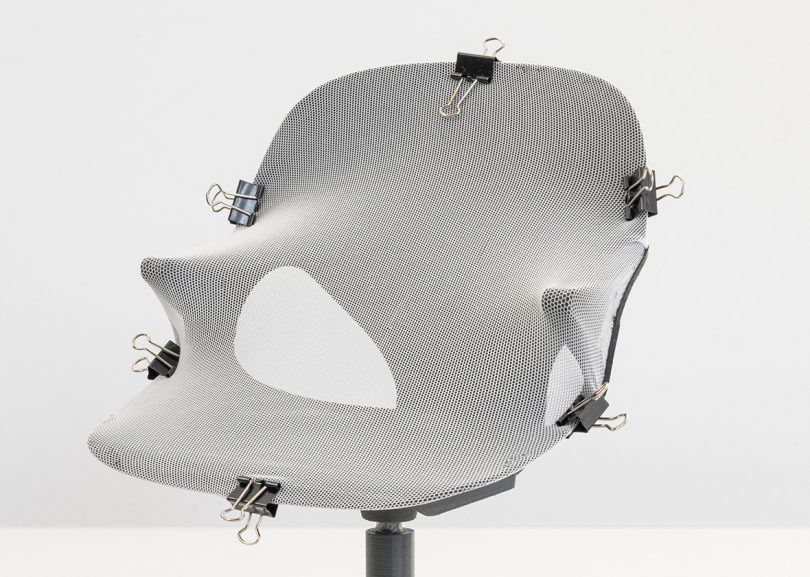 Zeph will also be available to purchase through store.hermanmiller.com and Herman Miller’s retail locations across the country in August, with pricing starting at $495.

Gregory Han is Tech Editor of Design Milk. A Los Angeles native with a profound love and curiosity for design, hiking, tide pools, and road trips, a selection of his adventures and musings can be found at gregoryhan.com.