On Posted on August 1, 2022 by Terrance Hughes to Blogging

With an impressive façade, visionary construction and spatial concept, the BMW headquarters has become a timeless icon of the city of Munich, Germany, as well as the automotive brand itself, since it opened in 1972. The ‘suspended tower’, a name that acknowledges its innovative engineering created by Karl Schwanzer, celebrates its 50th birthday with an artistic, dynamic performance that highlights its unique design. US dance company BANDALOOP spectacularly transformed the building into a 100-meter-high stage. 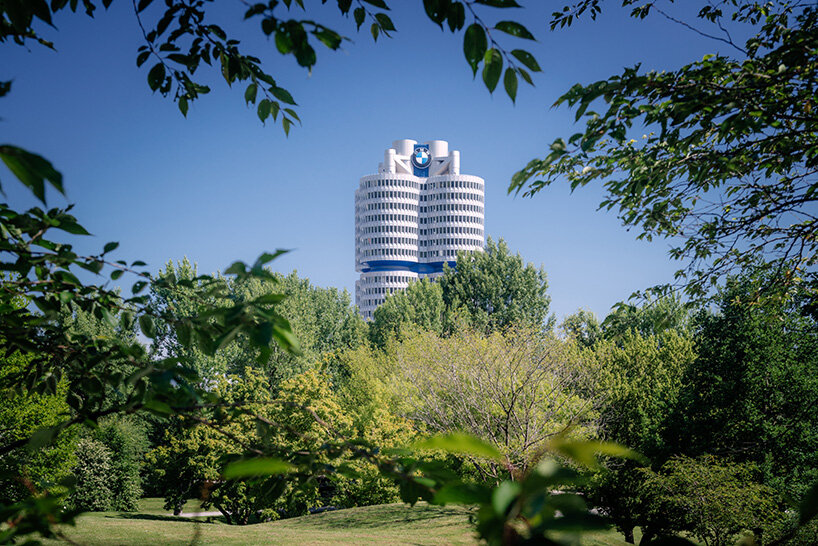 Built between 1970 and 1972, the BMW Headquarters has become an architectural icon of the post-war period

50 years as a post-war architectural icon

Built in Munich between 1970 and 1972, the BMW Headquarters has become a world-famous architectural icon of the post-war period. Designed by Austrian architect Professor Karl Schwanzer, the building debuted many firsts in Europe as well as the rest of the world. Its iconic façade is composed of over 3,000 elements manufactured for the first time in Europe using the Japanese cast aluminum process. The four cylinders of the building are suspended from a cruciform steel beam construction on the roof. The upper floors were created first for time efficiency on the ground, then hydraulically moved upwards on the massive tower shaft. Today, colleagues from over 104 countries work side-by-side in the landmark. 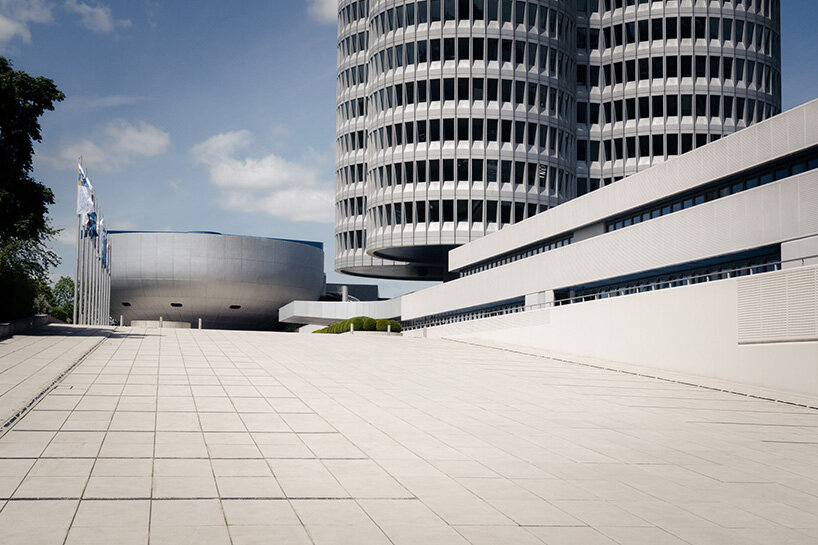 Founded in 1991 by Amelia Rudolph, BANDALOOP seamlessly weaves dynamic physicality, intricate choreography and climbing technology to turn the dance floor on its side. The Oakland, California-based company re-imagines dance, activates public spaces such as the BMW Headquarters, and inspires imagination in audiences around the world with its literally sky-high performances. 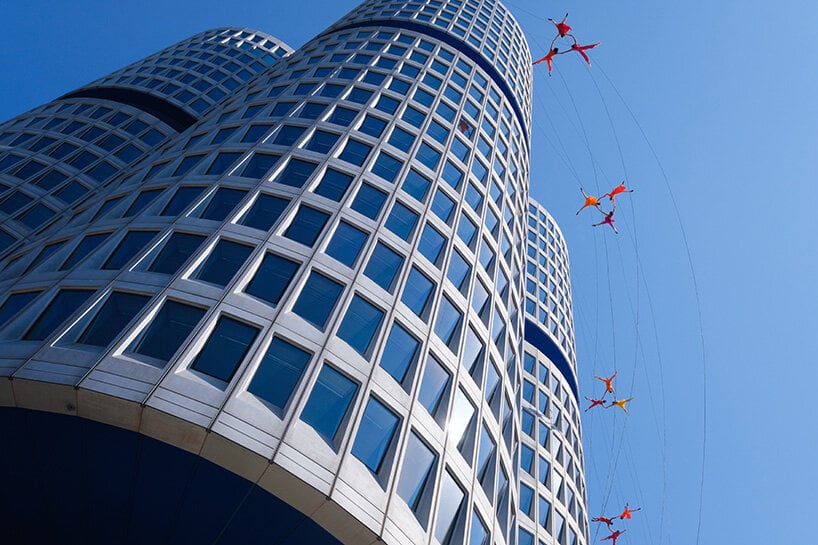 Titled ‘Momentum Curve’, BANDALOOP’s exclusive performance for the BMW Headquarters’ 50th birthday pays tribute to the unique architecture, specifically its iconic façade. With 12 vertical dancers, the ensemble created a weightless synthesis for an interplay of architecture and dance. The choreography by Melecio Estrella, BANDALOOP artistic director, was accompanied by specially composed music by Ben Juodvalkis.

‘We have been taking inspiration from the curvature of this building, recognizing that the human body expresses in curves and spirals. When we consider the acceleration that BMW well represents, we reflect on the momentum of the human heart, driving us toward a livable world for future generations,’ added Melecio Estrella, artistic director and choreographer BANDALOOP.