Imagine stepping inside the office and looking for one’s usual office chair, only to discover it has been replaced by a wooden coffin. The chair design made waves when a Twitter user shared it on September 7th, and the internet citizens began expressing their excitement, worries, and reluctance over the chance the chair would be made available. From the design, the exterior takes its design cues from coffins, following the shapes and lines of a typical casket, while the interior seems to be made of wood. No cushioned seating area can be seen, so the chair might just be crammed with wood even for the lumbar support. Sitting in this chair while working in the office for a 9-to-5 job seems like a dream one cannot wait to escape from. 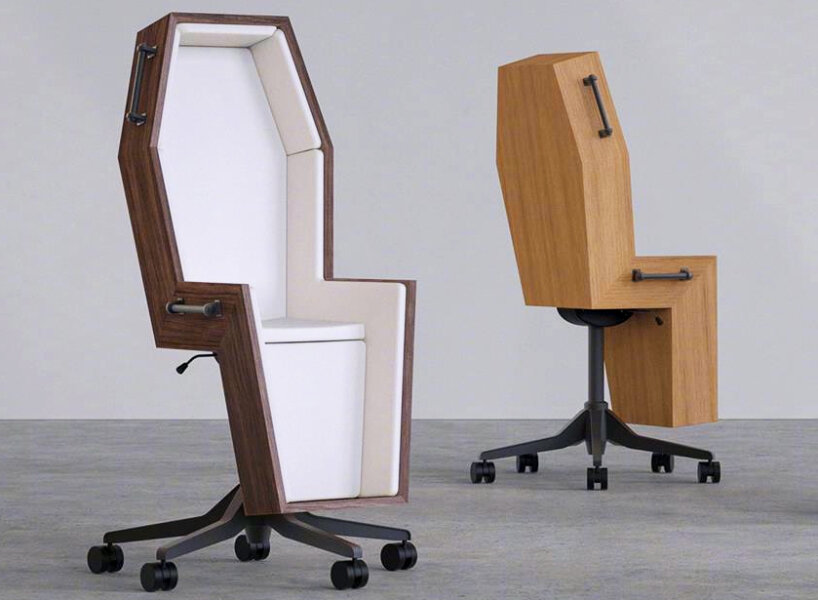 Inspired by Rene Magritte’s The Balcony (1950)

The internet citizens also investigated where the images stemmed from. One Reddit user states that they believe that the coffin office chair is a reference to Rene Magritte’s painting titled The Balcony (1950). On the canvas, the artist painted four coffins on a balcony, one of them was a coffin chair. Magritte drew his influence and interpretation from Édouard Manet’s painting of the same title. In Manet’s artwork, three people pose on a balcony with the first woman sitting on a chair, her right arm on the balcony’s railing. Magritte captured the details of the balcony and surroundings of Manet’s painting, from the color of the railings to the pot of plant positioned on the left and the blurred objects in the background. 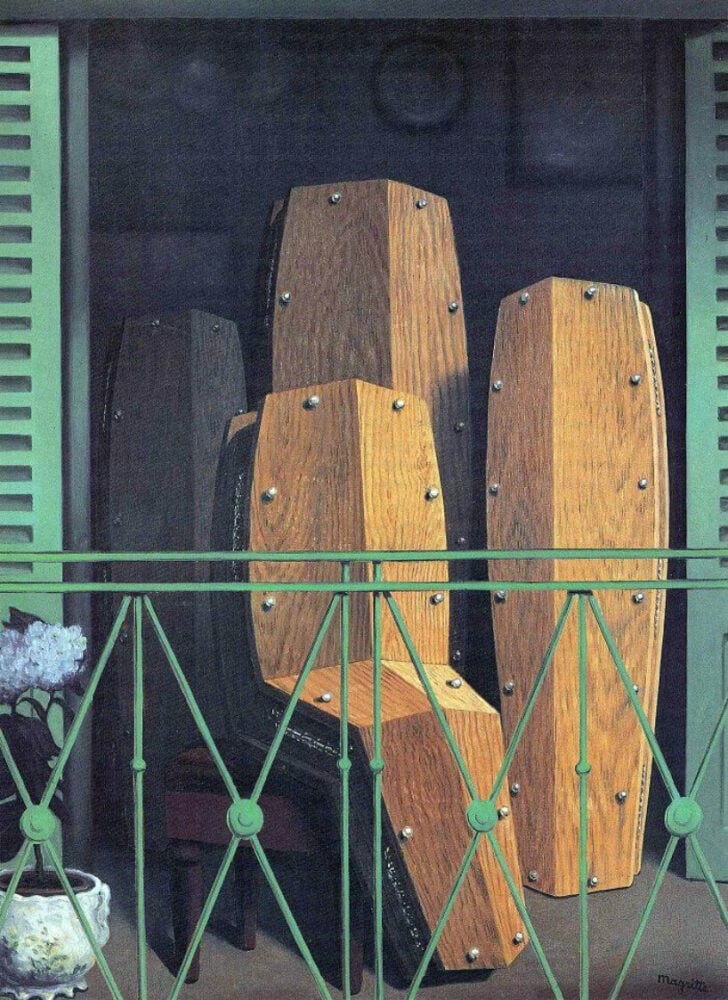 Finding the artist behind the coffin office chair

Different internet users quoted different people and news agencies in the hope of finding the person behind the images, and the mysterious render artist is still yet to be found. One user wrote they found the images through Chinese media company SINA, another stumbled upon it through a user named ButtersTheCat, and some saw it on Twitter (this story will be updated once the artist is found). Internet users have commented on the chair’s design. One Reddit user wrote: ‘Finally! An office chair that reflects what it actually feels like to sit in on yet another pointless two-hour meeting that could have been a simple email!’ Other users agree that the coffin office chair reflects the overworking culture and dead-end jobs employees experience. 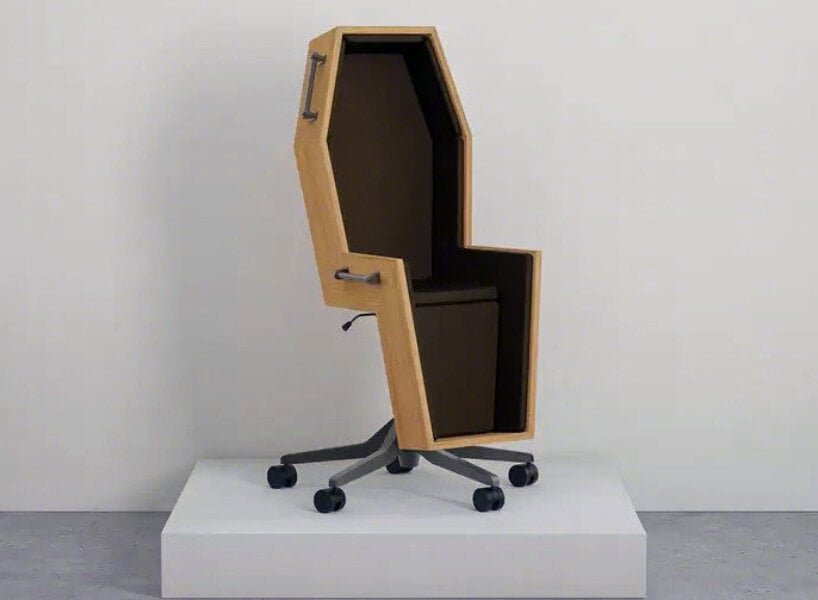 with charcoal wood for the seating area 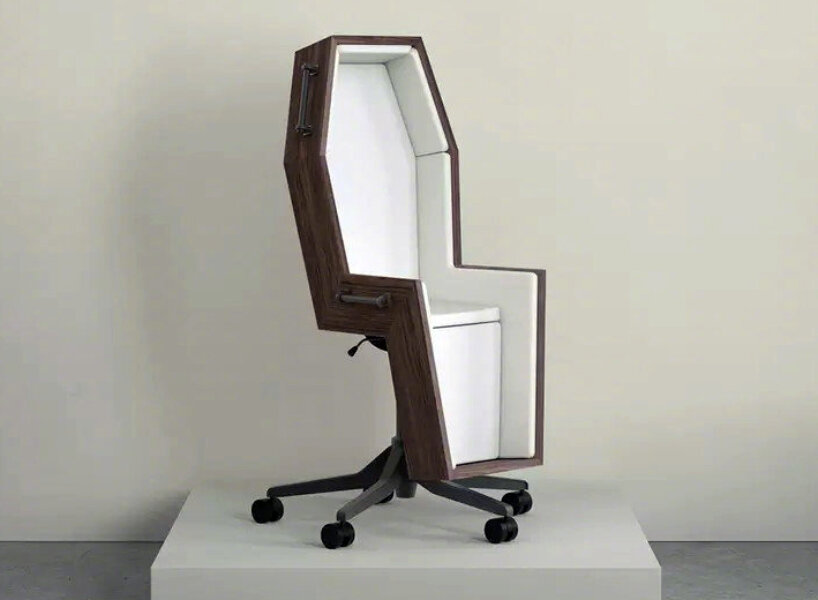 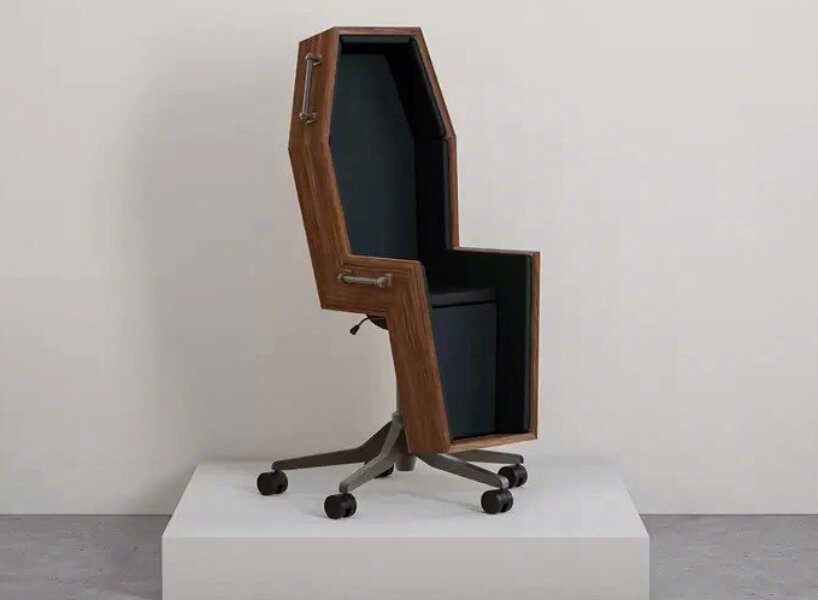 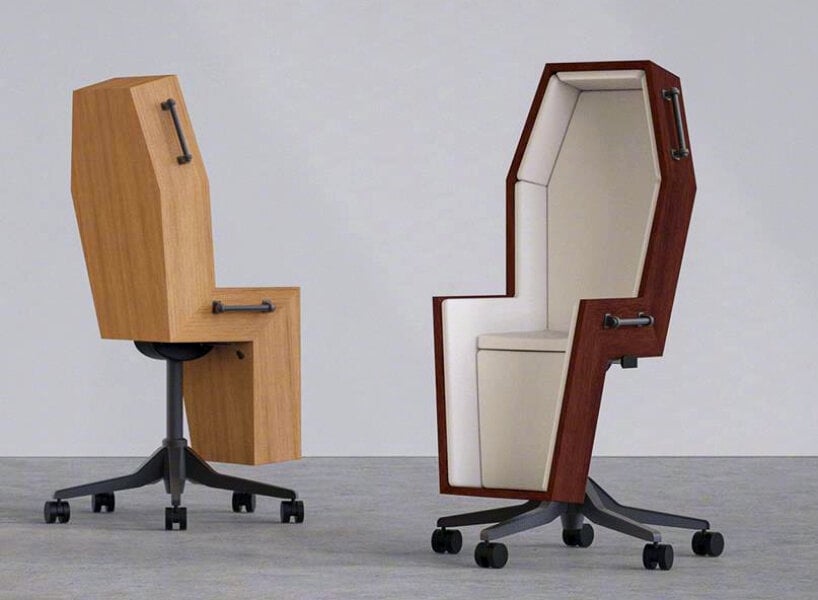 front and back view