German museum Kunstmuseum Wolfsburg has taken down Damien Hirst’s installation ‘A Hundred Years (1990)’ in response to complaints from animal rights group PETA. The exhibit presents a bisected glass cube in which hordes of flies hatch, and travel through a hole to reach artificial light, which then burns the insects upon contact. The work is meant as a commentary on the fact that many flies die when exposed to public light. 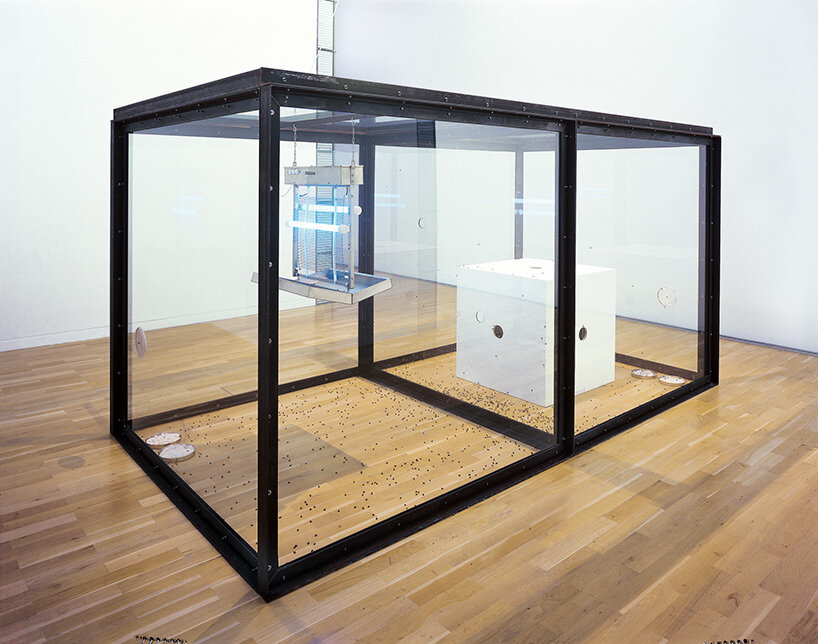 Before the dismantling, the piece was part of a large group exhibition called ‘Power! Light!’ which explores how artificial light permeates modern life and, more specifically, the harm it causes to the environment. After receiving a formal complaint by PETA and an oral warning from the city’s veterinary office, Kunstmuseum Wolfsburg has removed the exhibit.

‘We thought that flies didn’t come under the Animal Welfare Act,’ museum director Andreas Beitin told German newspaper Braunschweiger Zeitung, referring to Germany’s law which bans the killing or harming of animals without proper reason. Otmar Böhmer, the museum’s managing director, told the German Press Agency that they will reach out to Hirst to see if he would be willing to modify the art using artificial flies. 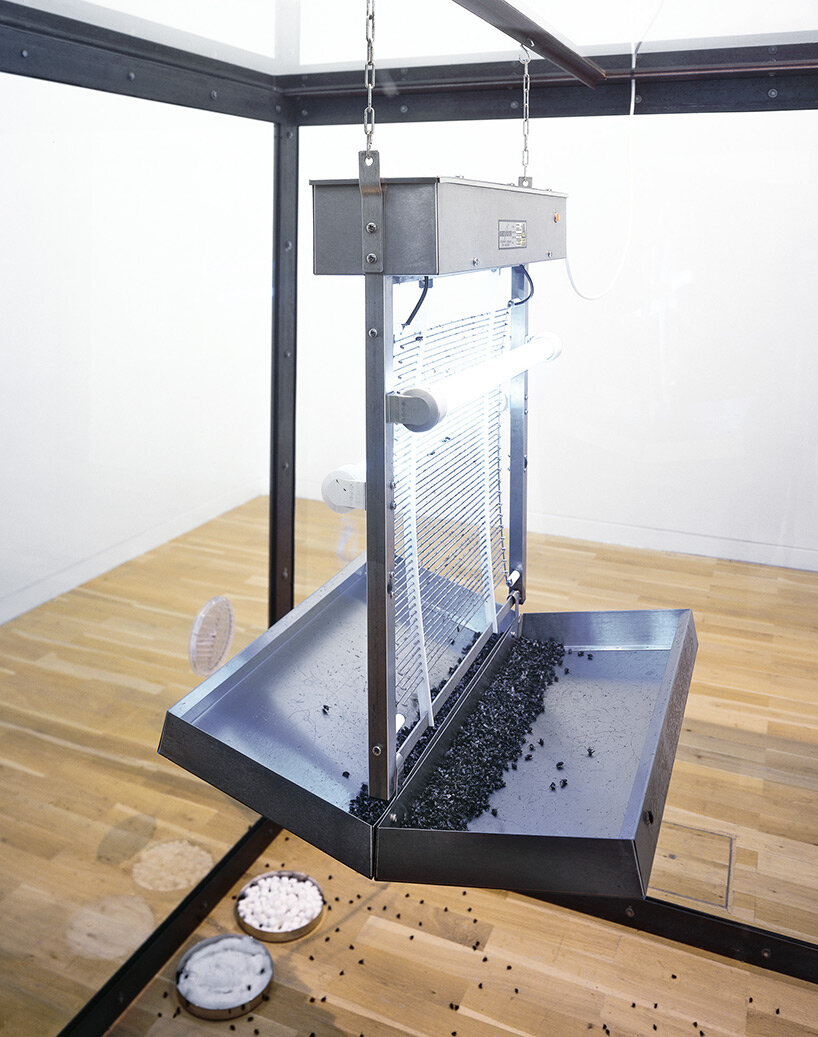