On Posted on September 11, 2022 by Terrance Hughes to Blogging

Architect Didier Fiuza Faustino crafts an Artist’s Atelier in rural France, seeking an architecture that is at once innocuous and ‘completely unmissable.’ Sited outside the northwestern village of Saint-Langis-lès-Mortagne, the project is designed for French conceptual artist Jean-Luc Moulène, and marks a continuation of the architect’s experimental investigation in ‘centering the body within all concerns of an architect today.’

The work introduces 365 square-meters (nearly 4,000 square feet) of studio space, taking shape as a cluster of identical volumes. These massive forms are organized ‘in constant offset’ and are wrapped in a skin of black rubber. The architect notes that the architecture is ‘intentionally in dialogue with the bodies inhabiting its space first and foremost; second with the Normandy nature that surrounds it.’ 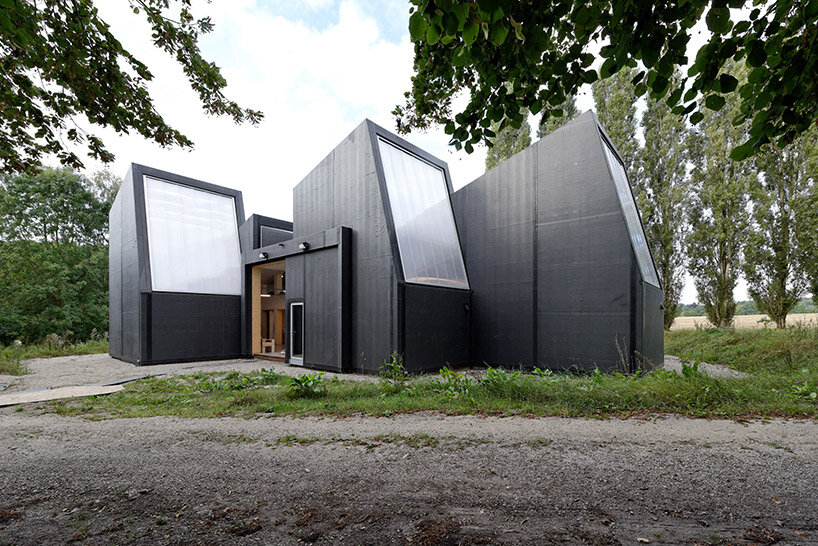 learning from an artist’s habits

The Artist’s Atelier by Didier Fiuza Faustino comes to life near an old farming complex in the French countryside. The lofty studio functions as a spacious new outpost for the artist outside of Paris.

The architect describes the routine and habits of his client, which had informed the design of the space: ‘Each moment in the day Jean-Luc changes his activity: from six to eight he draws, from nine on he produces models, and so on. His activity is a kind of choreography, from one moment to another, to another. So my point was to create a space that allows him to adapt his trajectories according to his needs.’ 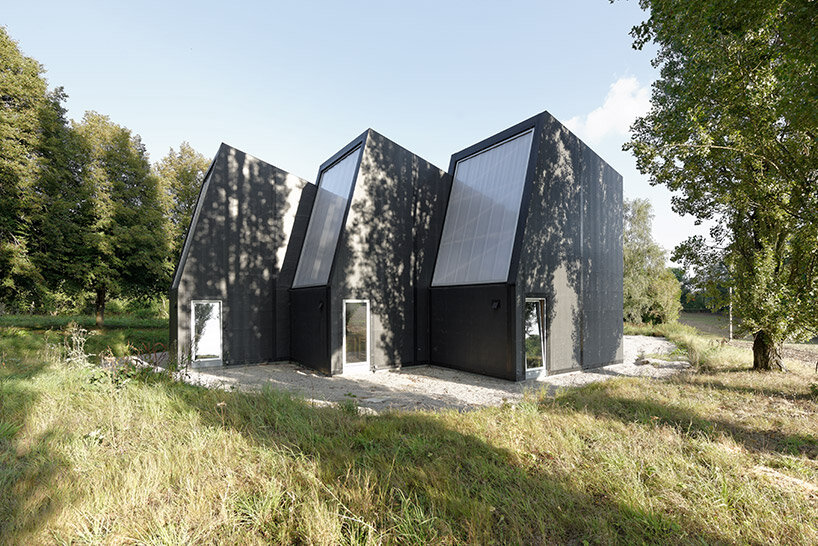 Didier Fiuza faustino’s use of scale

While conceptualizing the Artist’s Atelier to meet the needs of the client, Didier Fiuza Faustino develops a precise and minimal language ‘around gesture, work, and creation.’ This entails the artist’s varied modes of production, the use of his tools, and the scale of both the hand and the machine.

Lofty, open areas are in dialogue with more intimate spaces for rest and reflection. All are illuminated with different methods of lighting — both natural and artificial — and all create unique perspectives of the space. The architect comments: ‘At night, the structure and its open windows are almost reminiscent of a collection of solar panels, referencing its outward gaze and environmental approach to interior.’ 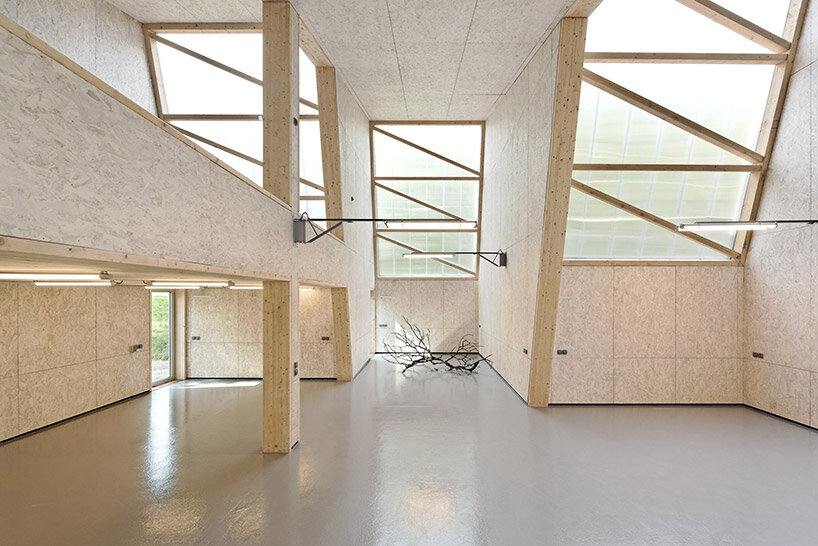 the layout and construction

The assemblage of identical volumes are distributed over five parallel bays, each four meters (thirteen feet) wide. Each volume is truncated to create a sloping, translucent facade. Inside, the atelier is organized as a wide open space covering 265 square meters (2,850 square feet), while mezzanines introduce an additional 100 square meters (around 1,100 square feet) of studio space.

Didier Fiuza Faustino crafts the walls and roofs of prefabricated wood-framed caissons fixed to a reinforced concrete slab, all finished in a waterproof black rubber membrane. The team comments: ‘This uniform matte black skin transforms the building into a shadow, making it disappear into its environment like a building not meant to be seen; only used. The structure is pared down to its barest essentials — in this case referring to an ultimate site for creative practice.’ 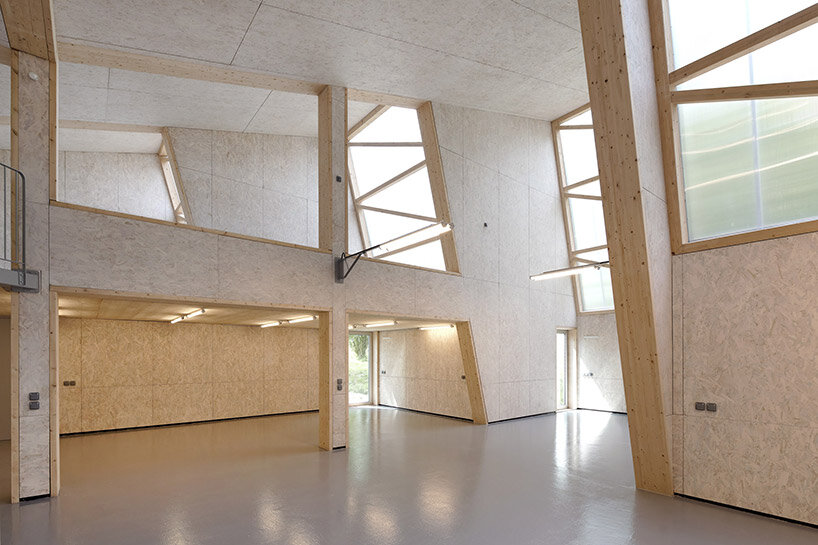 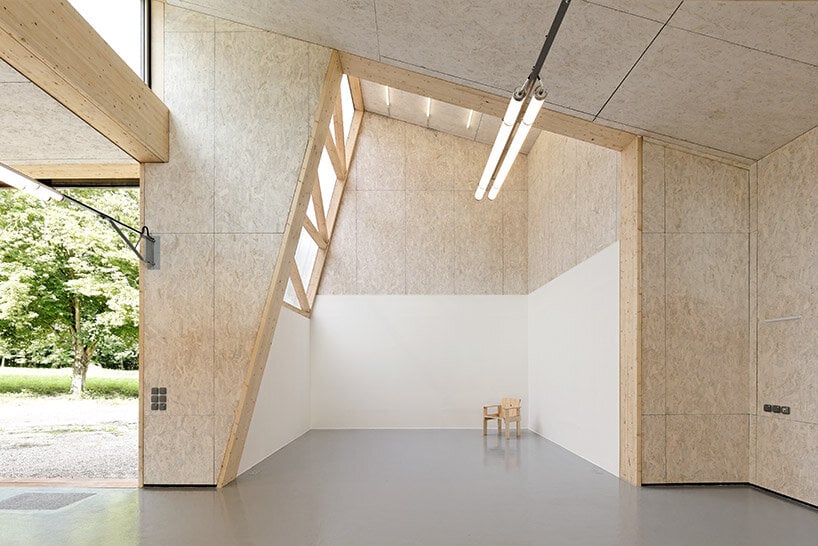