On Posted on August 23, 2022 by Terrance Hughes to Blogging

ZNera Space envisions the futuristic Downtown Circle to drastically redefine Dubai’s skyline with an elevated hyper-efficient urban center. The concept proposes a sustainable, 550-meter-tall (1,800 feet) ringed vertical city that encircles the monumental Burj Khalifa, spanning a 3000 meter (9,800 feet) circumference. Responding to the emirate’s increasingly dense urban fabric characterized by soaring, isolated high-rises, Downtown Circle introduces a singular mix-use, mega-structure that can simultaneously become a new urban and natural landmark of the UAE. Within, it houses all of the typologies that compose typical bustling urban metropolises — from residential, public and commercial spaces, to a diverse green Skygarden ‘lung’ that sweeps through the entire ring, boasting diverse climates and natural habitats. 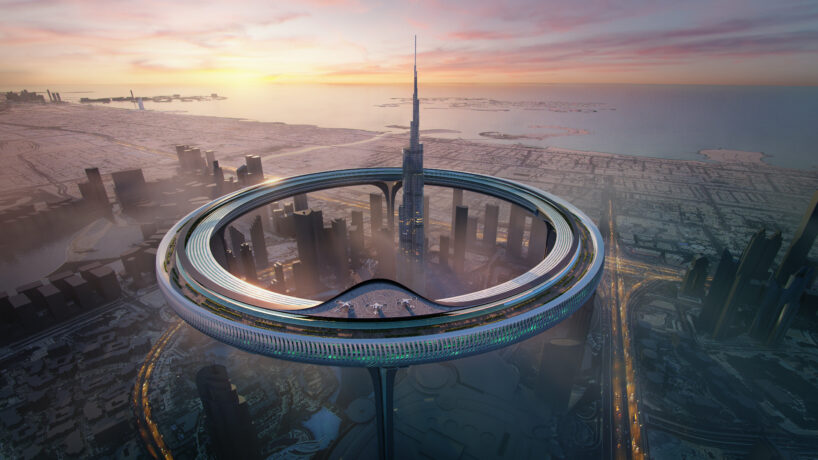 all images courtesy of ZNera Space

a suspended skypark is the ‘lung’ of downtown circle

ZNera Space’s conceptual Downtown Circle establishes a sustainable, self-sufficient vertical urban center in the heart of Dubai. 550 meters tall and 3000 meters wide, the continuous ring-like metropolis will hover above the city’s skyline supported by five vertical beams. With the aim of sustainability, the Dubai-based architecture studio redefines typical urban models with a more humane typology that seeks to emulate nature and create diverse public spaces. The mix-use complex pursues an efficient alternative to the traditional singular, unconnected high-rises in metropolitan areas, composed of two living rings held together by a continuous green suspended belt — the Skypark. The structure will consist of five levels, divided into smaller units to create a range of residential, public, commercial, and cultural programs.

A new contemporary symbol for the city and a green landmark, the Skypark is sandwiched between the two living rings. Forming the central spine of the Downtown Circle it offers clean, fresh air, abundant natural light, and panoramic views of the city. With a unique spatial hybrid and mixed urban typologies, it combines high densities with lavish greenery, and dynamic urban functions with high-quality user experience. It is embedded with offices, research centers, cultural spaces, and a 3D urban and green ecosystem that will function as the ‘lung’ of the ring. Within the green belt, ZNera Space infuses diverse climates and natural habitats, including canyons, sandy dunes, swamps, waterfalls, digital caves, and tropical vegetation. 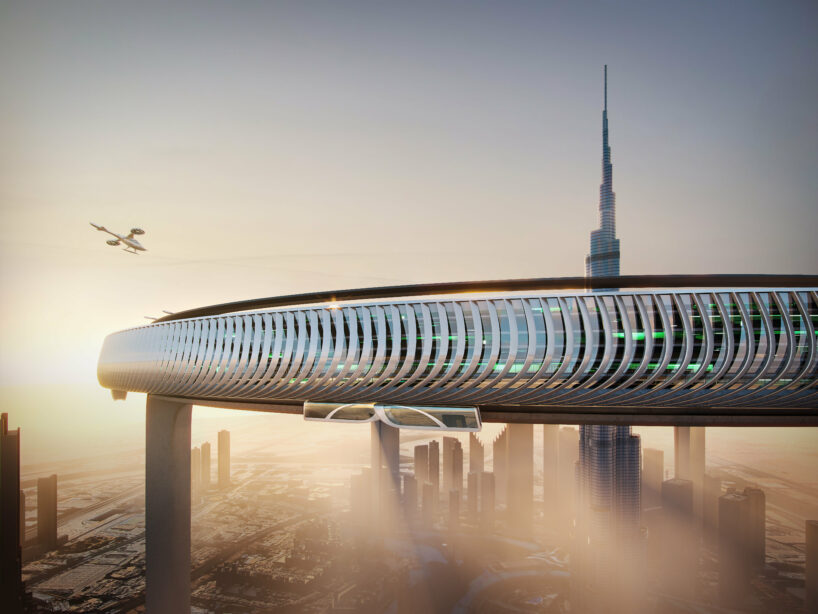 an elevated heliport is located on the roof of the inner ring, providing transportation to all residents

With sustainability in mind, ZNera Space intends for Downtown Circle to become ‘an integral part of the urban ecosystem’. Their plan proposes sanctuaries for wild plants and food production, designated areas for rainwater harvesting and solar power stations, and systems for storing carbon and filtering pollutants from the air.

The architects also incorporate a futuristic rail transport system which will comprise a fleet of suspended pods travelling at a speed of 100 kilometers (62 miles) per hour. Transporting passengers from one node to another along the outer perimeter of the ring’s lowest tier, the pods will capture a 360 view of the entire city below from the soaring height of 500 meters. 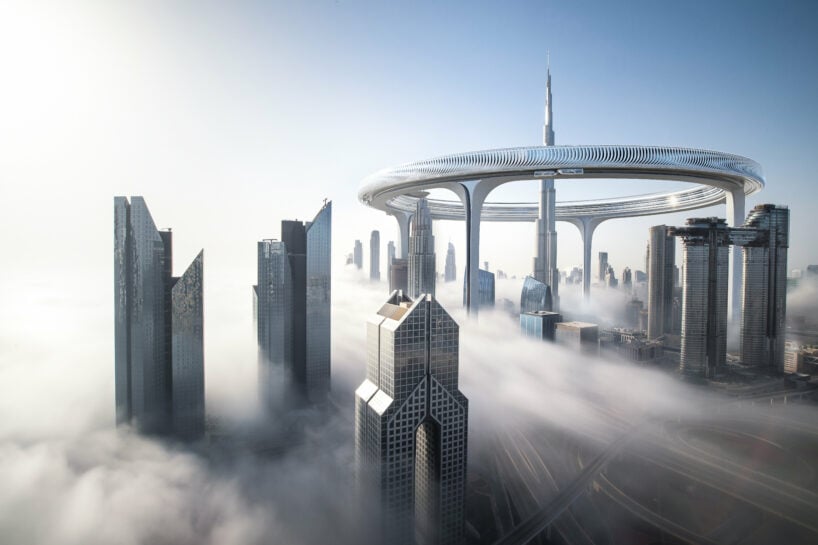 a sustainable, self-sufficient vertical metropolis in the heart of Dubai 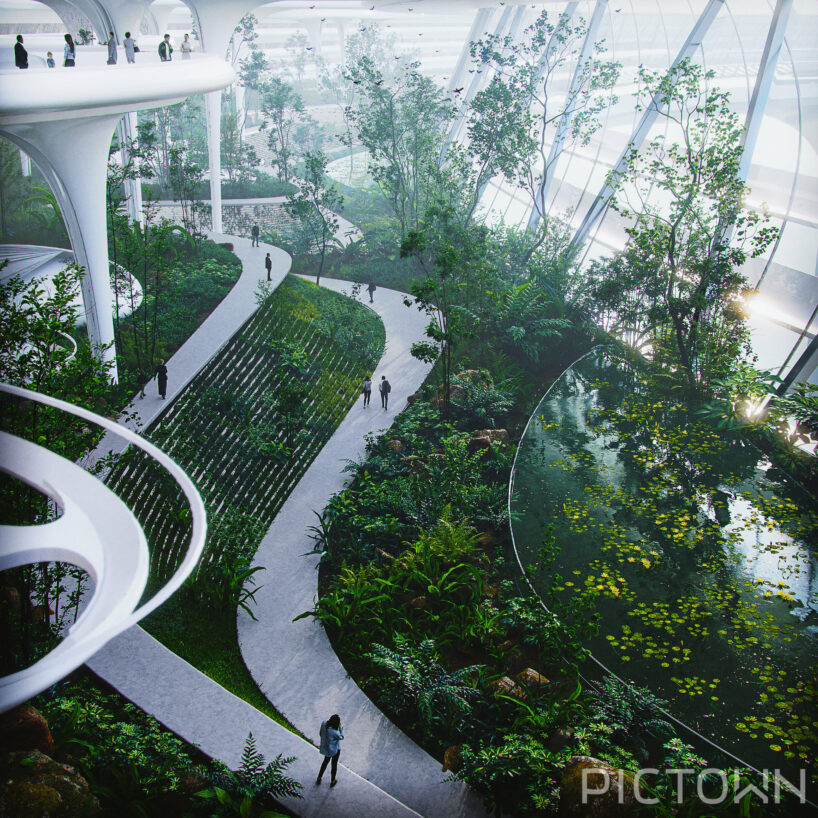