On Posted on July 14, 2022 by Terrance Hughes to Blogging

engineer splits back wheel in half to create one-of-a-kind, fully functional bicycle

Engineer and content creator Sergii Gordieiev shows how to solve the mathematical thinking of two halves making a whole through his bike design for Just a Normal Bike and a video tutorial that he uploaded on his Youtube channel The Q. His problem begins with the shattered front rim of his bike while he’s riding, forcing him to stop and inspect the commotion. He eyes how the wheel broke, and an idea pops into his mind. He goes to his workstation, lays down his bike’s wheel on the table, unscrews the bike’s bolt, removes the chains and screws, and cuts the rim into two.

He does the same for the rubber covering of the frame, but installs a tube inside as its inflation when it rides through bumpy and uneven roads. As he assembles everything back – with the wheels not split in two – he anchors the new setting onto the bike’s frame and tests out the broken back wheel. While there may be hesitation as to whether his invention would work, his video shows that the broken wheel does its job, albeit needing a wider bike frame to accommodate the two half wheels. 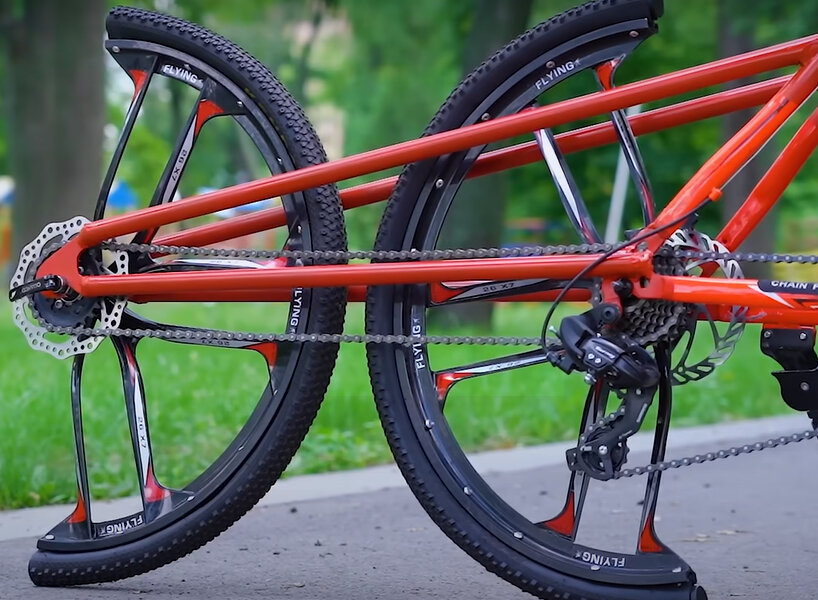 In the video’s caption, Gordieiev bets that viewers have never seen anything like his creation before and confirms that the fully functional bike can be used every day. He gives his viewers a quick brush-up on math as he jots down the equation 0.5 + 0.5 = 1, and the engineer believes that the formula should do well too with bikematics. The black and orange colors of the bike stand out, and the way Gordieiev reconstructed his bike frame only notes the extent of his determination to put his creative idea forward and into action.

Viewers who have commented on his video express their unfiltered thoughts about the bike design. One user says they didn’t expect how the whole process would end up being cool at the end and that they’re sure the broken wheel will attract a lot of looks from passersby. Another viewer wonders what it feels like with the wheelbase changing constantly since, they not, the change in the bike’s wheel every half rotation seems like it would be weird in turns and curves. One user compliments Gordieiev as they write that the bike turned out to be a ‘genius freak bike that is unnecessarily complicated, impractical, clumsy, and with no real use. Just pure greatness. I love it. 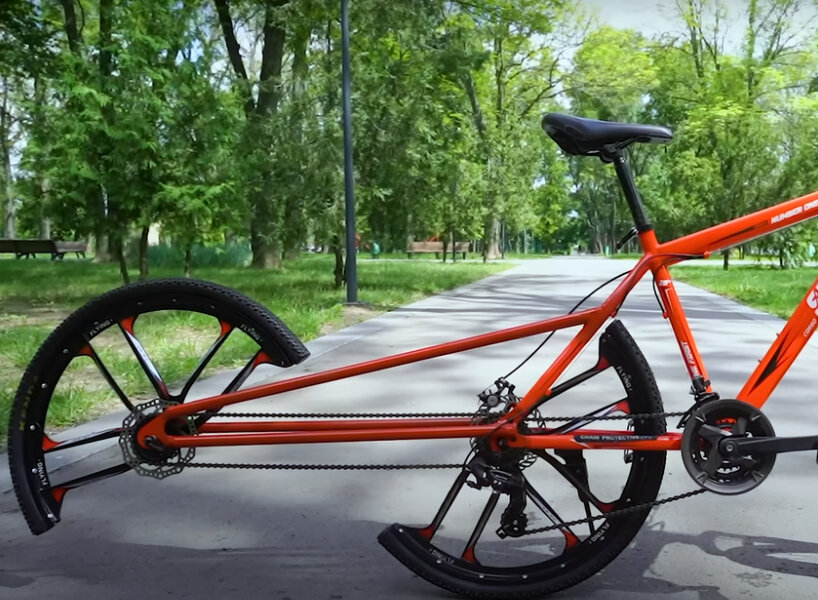 Cycling on ice with buzz saws

Gordieiev’s channel The Q brims with videos and tutorials on scientific experiments and inventions, encouraging viewers to tinker with their craftsmanship and creativity. While some videos require expertise and patience, one can always chance upon at-home instructions and creations that they may freely do so in their free time. Regarding his recent bike design, Gordieiev also uploaded a video of him cycling on ice, ditching rubber wheels for two sets of buzz saws. As seen on the video, the tipped, sharpened wheels slice through the ice platform he was riding on, but not enough that he would fall. It ever looks as if he was breezing through the path, and he assures the viewers through his caption that with the circular saws, riders can easily ride the bike on ice. 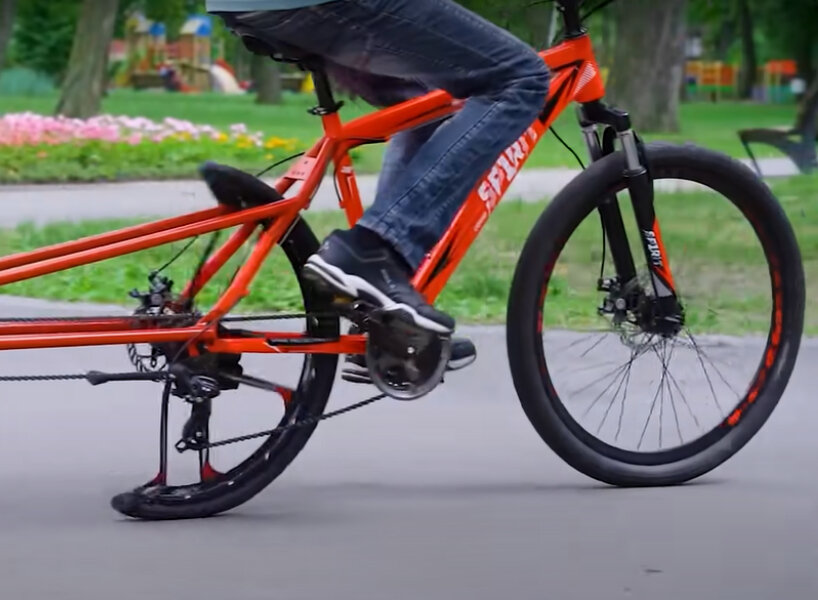 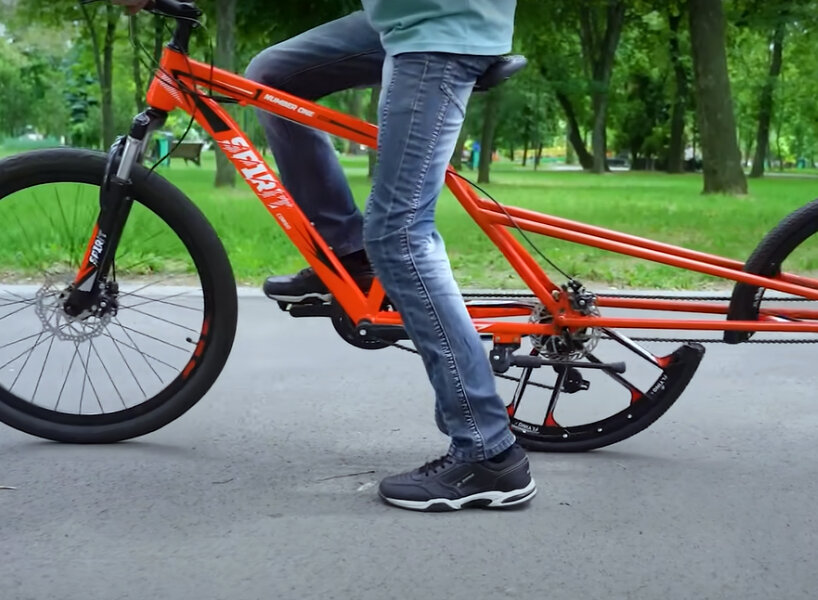