On Posted on August 9, 2022 by Terrance Hughes to Blogging

Over 800 sqm of new, minimalist, and light-filled exhibition rooms are spread across four levels, nearly tripling the display capacity since 1992, when the St-Georges gallery was established. Additional features include a renovated outdoor exhibition area, upgraded staff offices, a research library, and art-storage facilities.

On this occasion, designboom talked to owner Xavier Hufkens and project architect Paul Robbrecht to uncover further how this newly expanded flagship gallery came to be, and what it represents. 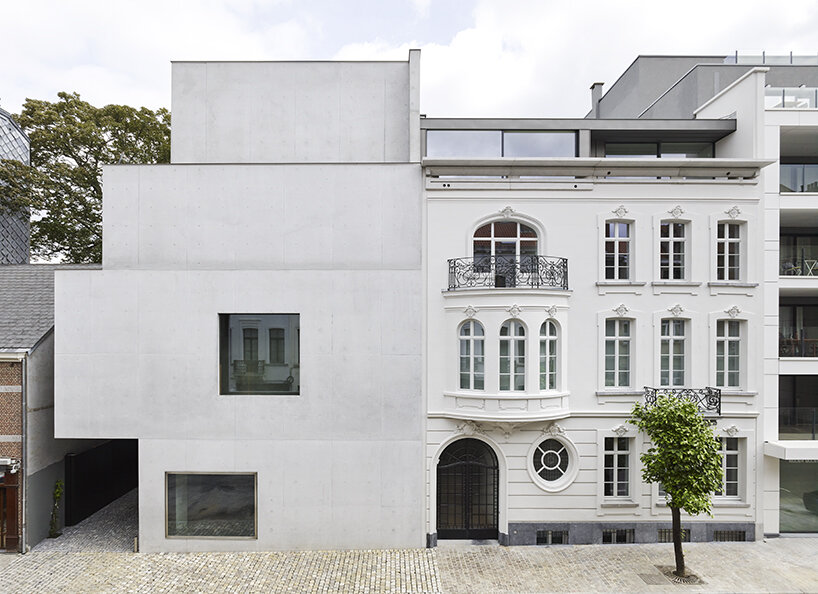 all images © HV-studio, unless stated otherwise

designboom (DB): What motivated you to open the new, expanded space at St-Georges?

Xavier Hufkens (XH): Above all, I wanted to give back to the artists I work with as well as to the community. For the artists, I hope this expansion will both challenge and stimulate them to push boundaries and make the art they want to make. As for our visitors, my ambition is for the gallery to be a true meeting place and cultural destination for art lovers from around the world, be it through organizing free exhibitions, public talks with artists and curators, guided tours, etc. I believe this is crucial, especially when some politicians consider culture a luxury on which they can compromise. 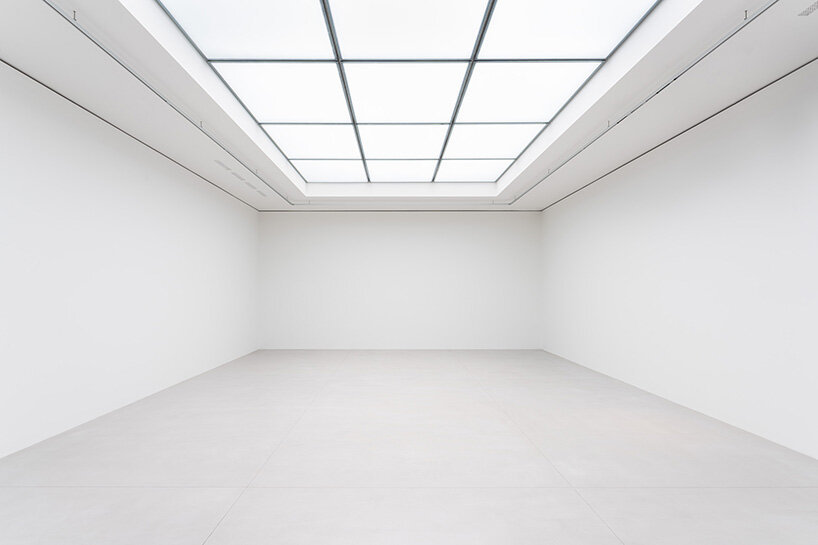 DB: And how did the design process evolve from there? What was the starting point?

Paul Robbrecht (PR): First and foremost, the project holds a special connection to the building’s history: thirty years ago, Robbrecht en Daem – in collaboration with Marie-José Van Hee architecten – converted the classical mansion into the gallery’s first home. The design combined the everyday with the artistic experience. Given that history, the starting point for the new building was a self-reflection on the work of 30 years ago. It was about re-reading the spatiality of the past and how a new scale — at which larger artworks could be shown — can be integrated. It was an interesting dialogue between the choices made three decades ago and the needs of today. 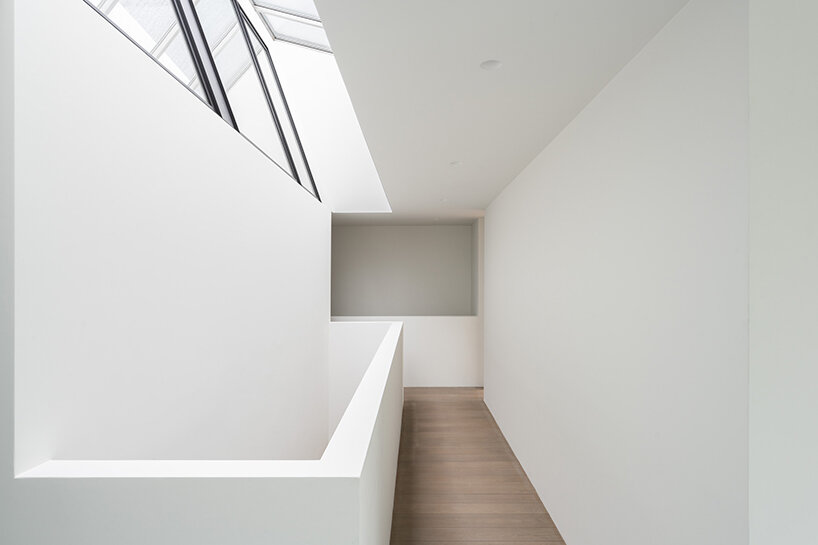 DB: Can you walk us through some of the main spatial features of the project?

PR: Certainly the complex arrangement of spaces, the interplay of different scales, and the total transitions between the existing and the new building. Some spaces have a scale reminiscent of a museum, others of a home. The new building stands apart as a monolithic figure, with one side of the building completely detached from its neighbor. This disconnect creates a transition between street and garden and exterior and interior. The interstice allows a flash of light to mark the visual start of your visit. The rue St-Georges facade, with its single opening, appears as a kind of one-eyed stela and symbolizes ‘the expectation of art’. 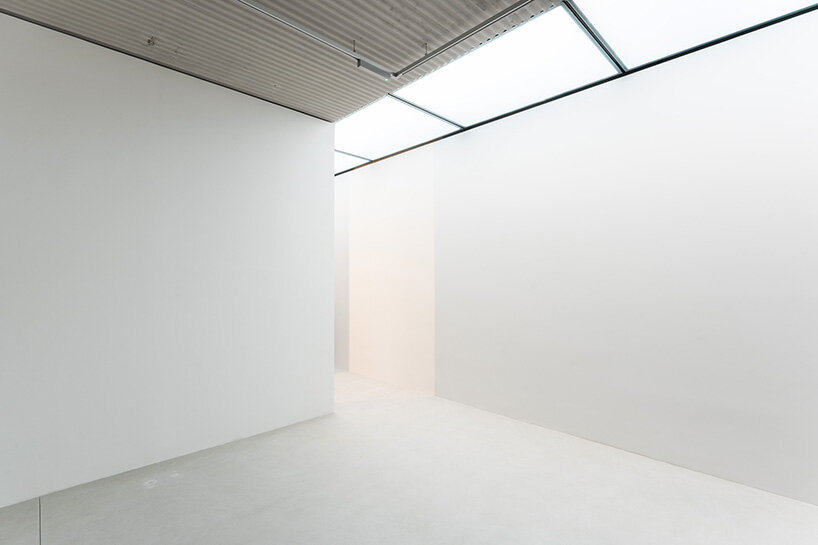 DB: With that said, how does the new extension respond to, and integrate with, the existing gallery building?

PR: There is both an architectural dialogue and a confrontation. The entire design fosters a close connection between the existing and the new: the floor levels are aligned so an ‘architectural promenade’ can run through both sides of the building. The interaction between the two buildings creates a constellation of different spaces, with museum-like proportions in the new building and room-like dimensions in the existing mansion. This array of scales corresponds to the diversity of art exhibited in the space, from a monumental painting, sculpture, or installation to the intimacy of a print.

A rough, concrete staircase works as a counterpoint to the purity of the gallery spaces. The cascading, stacked structure of the new architecture creates zenithal light openings on each floor, giving each room its own identity. A variety of natural light incidences throughout the gallery allows for various experiences. Also, the design is a fundamental reaction to Brussels and its architecture. Whereas Brussels is characterized by imitations or interpretations of 19th- and 20th-century architecture, this extension wants to start from its own logic and strength.

PreviousPrevious post:Escape to Crete for a Serene Vacation With Your Own Pool
NextNext post:Billionaires are funding massive mineral hunt in Greenland