On Posted on July 27, 2022 by Terrance Hughes to Blogging

Caitlind r.c. Brown and Wayne Garrett created an eyewear-sourced exhibition design made of 30,000 repurposed eyeglass lenses titled ‘And Between Us, An Ocean’, on display at the Times Art Museum in Beijing until September 12th, 2022 as part of WAVELENGTH: On the Edge of Senses exhibition. The raindrops-inspired public art comprises polycarbonate plastic tied together with a sinuous thread and glimmers in white light, ushering in the reflection of a waterfall. The optical installation evokes the theme of changing perspectives, the concept of reciprocity, and the idea of distance.

Entering the exhibition, the fragile barricades disect the museum’s space as if they were curtains, gently swaying and permitting viewers to see through the other side as they gaze at the lenses or the gaps between the hanging objects.  The glassy walls envelop the space and the viewers with its undulating visual, and viewers are invited to pad through the exhibition with unhurriedness to experience the renewed life of the recycled materials and the intentions the artists aim to convey.

For And Between Us, An Ocean, Caitlind and Wayne touch upon connection and separation. Despite thousands of prescriptions lenses, each one was tailored to one person’s particular eyes. The installation then invites an examination of society’s collective vision. ‘What faint ghosts are carried by such intimate objects – windows on the world for the audience of one? How is our shared reality shaped by so many perspectives of the same place and time?’ the artists ask. The eyeglass lenses implore viewers to explore the grander scale of human experience and the power of one’s desire to see the world beyond its surface, more clearly and stripped off any earlier prejudices. 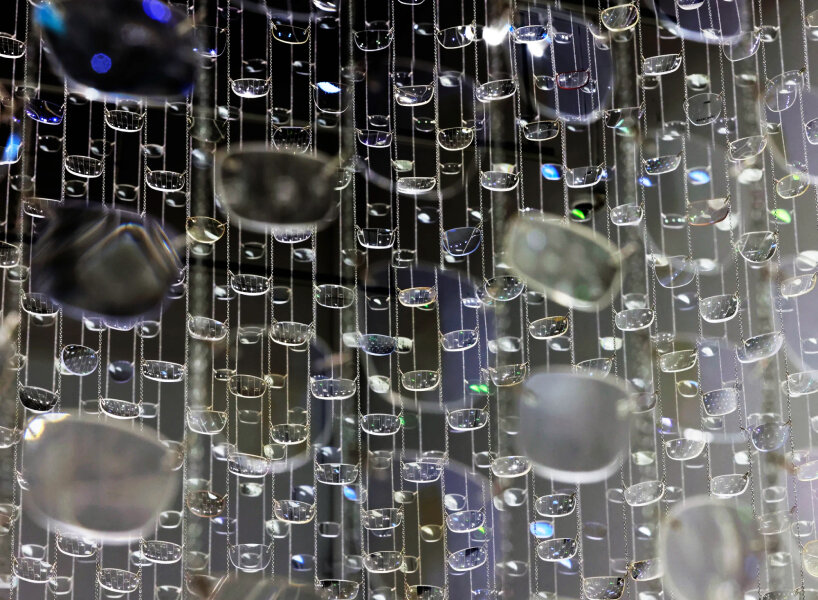 The title of the installation conjures a narrative about yearning across distance, as the artists explain. From a literal perspective, And Between Us, An Ocean references the physical and cultural distance between Canada, the home of the artists, and China, the site of the exhibition. Two countries and cultures collide, letting the boundaries of their relationship dissipate without hesitation. ‘From a more metaphysical point of view, the name evokes the distance between us, always, from the scale of atoms, up, and our many attempts to transcend this distance in search of closer relationships, interspace, and togetherness,’ Caitlind and Wayne explain.

The artists share that the lenses they used had been sourced through factory defects in Beijing and unusable glasses from the Canadian Lions Eyeglass Recycling Centre in Calgary. They had collected around 10,000 pieces in Canada and 20,000 in Beijing. Because of travel and COVID restrictions, the duo could not travel to Beijing to help with the installation. Instead, they developed the exhibition piece from a distance, echoing one of the overarching themes of the piece which is about distance. They created the plans and prototypes and would send them to Liya Liu and Yuqi Wei of PIKOU, the group that organized WAVELENGTH: On the Edge of Senses exhibition at Times Art Museum. 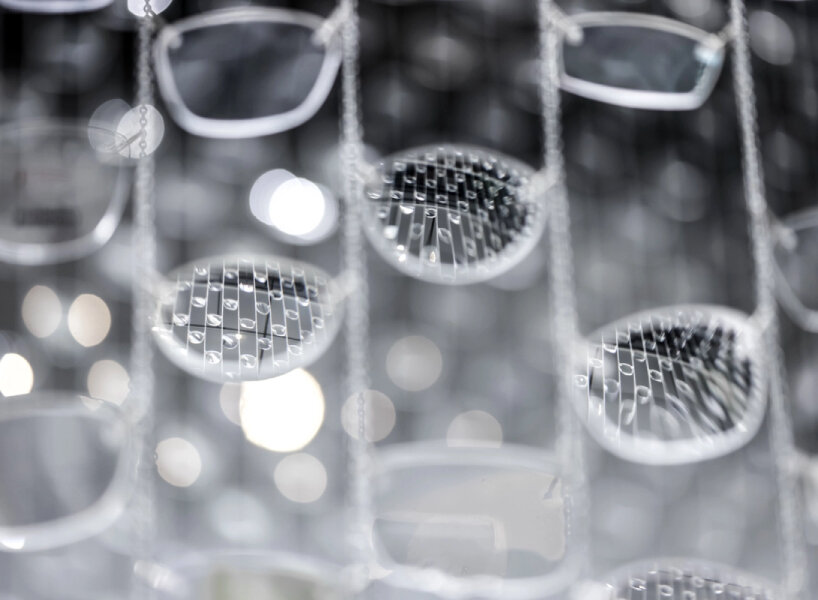 close-up view of the optical installation in beijing

Developing and installing from a distance

As a team, everyone who participated in materializing the project all tested installation methods, priorities, and methodologies via video calls and between the artists’ studio in Calgary and PIKOU team’s workspace in Beijing. Another team in Beijing worked to install the eyeglass lenses into two towering curtains inside the museum, the completion of the process. Concerning the materials used, Caitlind and Wayne believe that found and used eyeglass lenses carry with them the weight of their history through scratches, tapes, and loose hinges.

‘As artists, we have often used mass-produced objects as a reference to cities as an immeasurable mass of materials, people, situations, and tensions. There is a powerful relationship between objects and the people who use them, a reciprocity of form and function,’ Caitlind and Wayne share. Whether mountains of discarded items are deemed hyper-objects or strata in the Anthropocene, the artists remind the viewers that these accumulations of everyday objects evoke something at once personal and interpersonal. 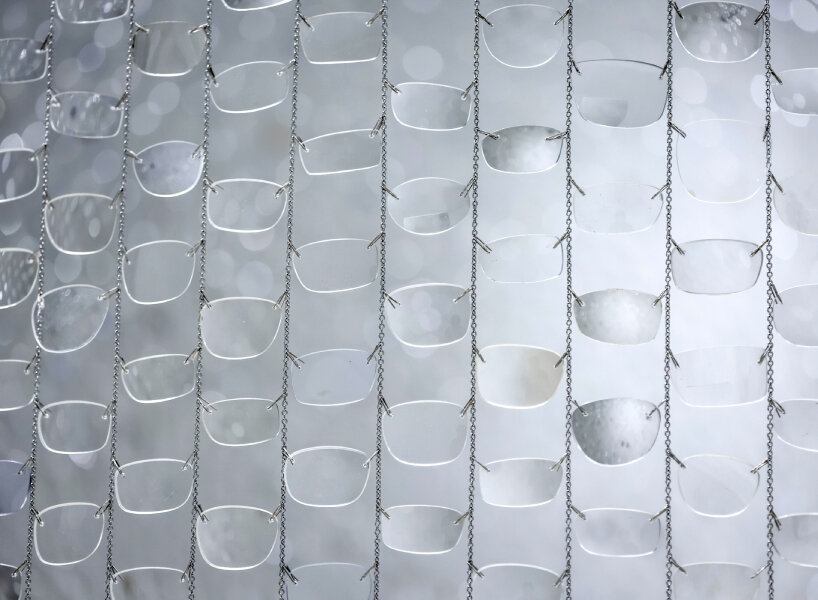 the optical installation in beijing is titled ‘And Between Us, An Ocean’ 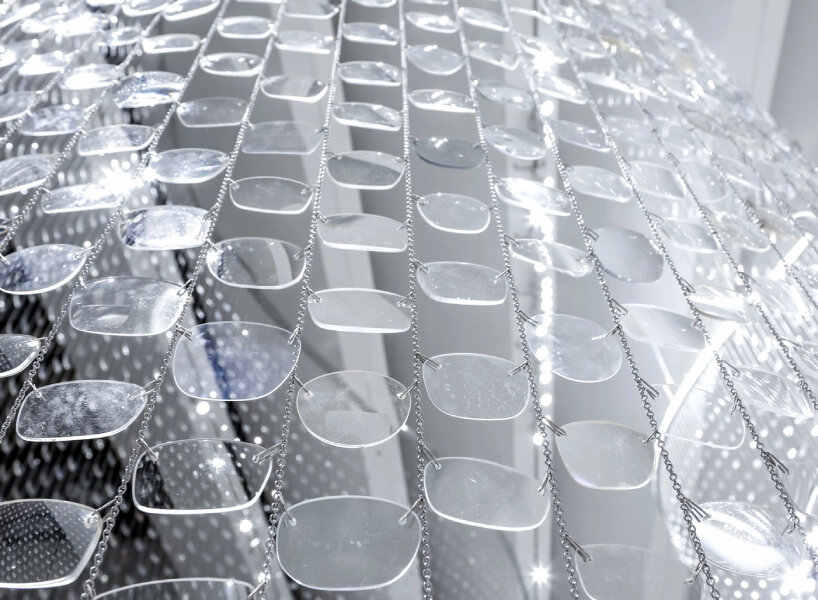