On Posted on July 17, 2022 by Terrance Hughes to Blogging

Peter Marino, winner of THE DESIGN PRIZE 2021 for Best Exhibition, showcases his Art Foundation in the breezy, sunny Hamptons with a freshly updated collection. When the space first opened its doors last fall (see designboom’s coverage here), it displayed over one hundred artworks selected from his extensive personal collection that he had been building for over forty years. Exploring the space, the enormous scope of the work is obvious with pieces ranging from antiquity to this current decade.

The restoration itself is Peter Marino’s love-letter to the building and its history, and an example of his affinity for both the old and the new. The 1895-built Queen Anne-style structure once housed the old Rogers Memorial Library before its restoration, which the New York-born architect — and long-time Hamptons seasonal resident — completed last year.

While the foundation invites visitors from far and wide to view the collection and explore the space, Peter Marino keeps the Southampton community in mind by curating the place as an ever-rotating gallery, with new work consistently on display for returning visitors. The newly updated collection sees more than thirty works by Brazilian artist Vik Muniz, ten works by German painter Anselm Kiefer, and fourteen works by Melvin Edwards. 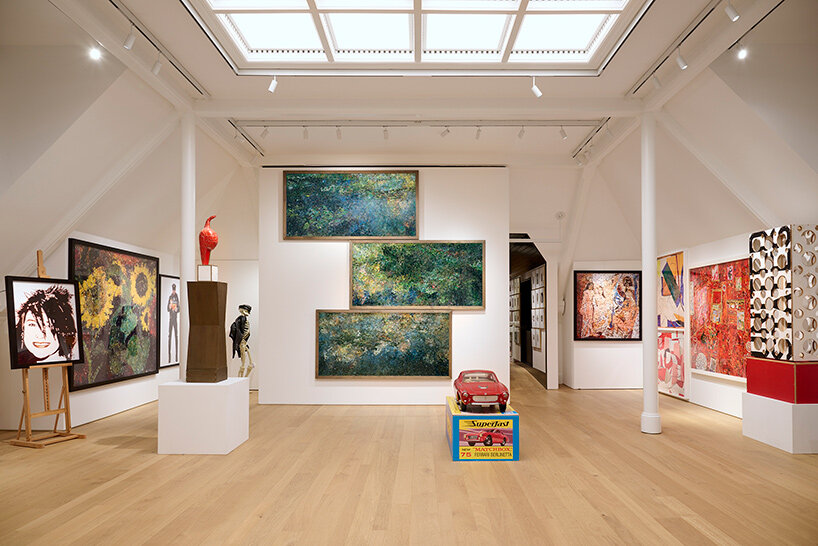 Peter Marino showcases an extensive collection of over thirty mixed-media works by contemporary artist Vik Muniz. The São Paulo-born artist is largely known for his use of unusual materials and objects to recreate historical artworks, the final piece being a photograph of the resulting collage.

Images below show the artist’s work including a series of paintings first re-created with chocolate syrup, then photographed. Namely, The Raft of Medusa — an oil painting completed in 1819 by French Romantic painter Théodore Géricault — is reimagined by the contemporary artist as part of the Pictures of Chocolate series.

Vik Muniz reinterprets Giovanni Francesco Barbieri’s oil painting Atlas which dates back to 1646. The 2007 re-creation is part of the artist’s Pictures of Junk series, and takes shape as an aerial photograph of carefully arranged garbage waste. 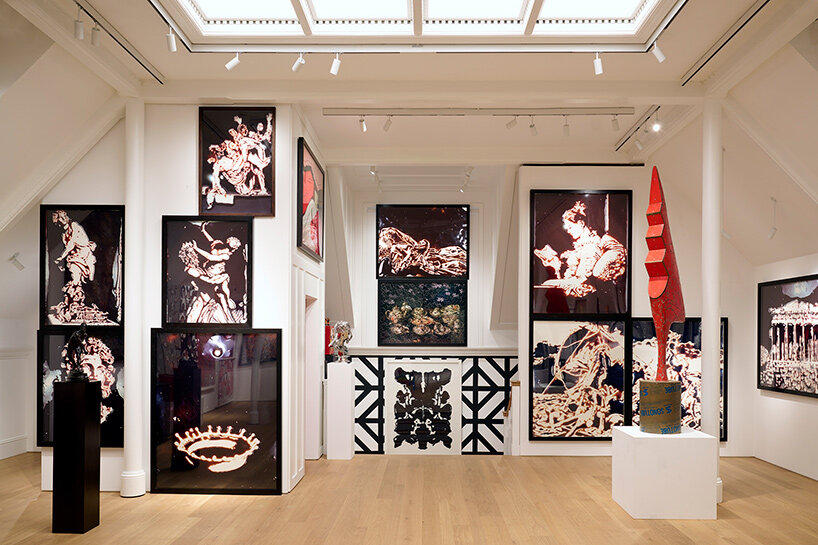 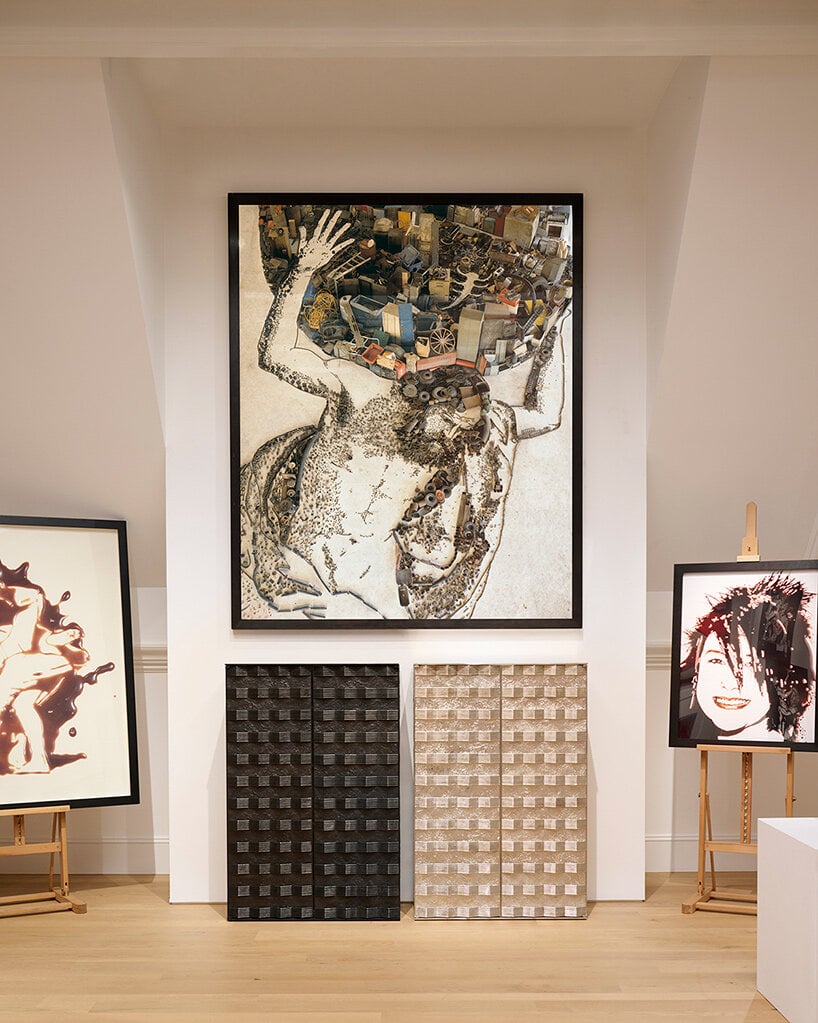