On Posted on August 10, 2022 by Terrance Hughes to Blogging

Sweden based architect Predrag Vujanovic has unveiled the designs for his conceptual memorial Ripples, located in the Nevada desert to evoke feelings of remembrance and tragedy. Designed as a proposal for Buildner’s second annual Last Nuclear Bomb Memorial architecture competition, Ripples depicts symbolic waves of destruction from an imagined nuclear bombing of a city, echoing far into the future. Black waves of concrete sit starkly against the neutral sand tones of the desert, their crests and troughs effortlessly mirroring the undulating curves of the desert dunes and mountains. Countless cylindrical extrusions on the surface denote a life lost, which paired with the scale of the memorial, emphasizes the weight of this imaged tragedy in which a nuclear strike devastates a populated city. 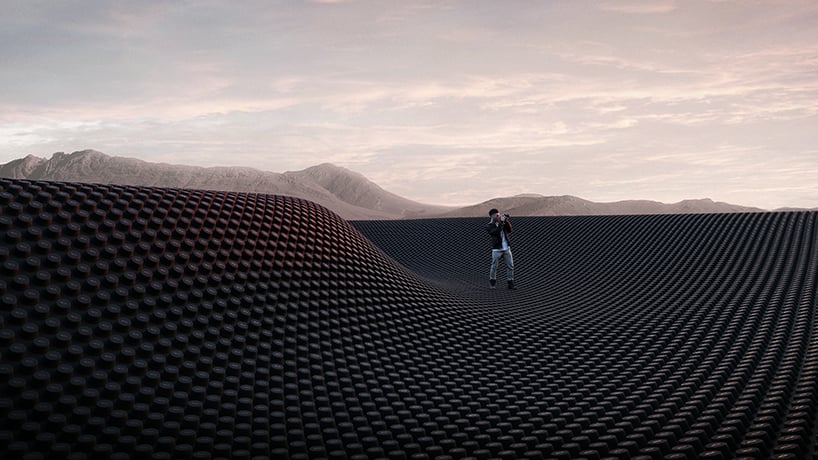 all images by Predrag Vujanovic

Earlier this year, Buildner launched their second annual Last Nuclear Bomb Memorial architecture competition, which called for designers to submit proposals for an imagined conceptual project located in any known decommissioned nuclear weapon testing site. Predrag Vujanovic’s proposal, which was awarded an honorable mention by the jury, takes over a testing site near the Nevada desert — a vast site of dark, rippling concrete waves of loss and distant memory. The architect designs a warning that symbolizes the number of lives lost in an imagined scenario of a nuclear strike on a moderately populated city.

Ripples reveals expansive black concrete waves with many cylindrical extrusions, each marked with a figure symbol at the edge of it depicting one human life carried away by the dark wave. The grand scale and sheer number of extrusions that ripple out into the distance across the desert evoke moments of contemplation, for the incomprehensible number of lives that would be lost in such a situation. The stillness of the context surrounding the site, and the quiet expanses of desert and mountains allow for the weight of destruction and tragedy to sink in as visitors navigate the memorial. Starting from ground zero, the waves resonate into the distance and visitors are invited to freely roam through the troughs and climb the crests of the waves which reflect the lost population. At first, only part of the memorial is visible, as the larger part remains hidden under the sand. Only with time and gusts of wind is the hidden section uncovered, mirroring the way nuclear weapons present a vast and instant, but also long spanning effect, long into the future. 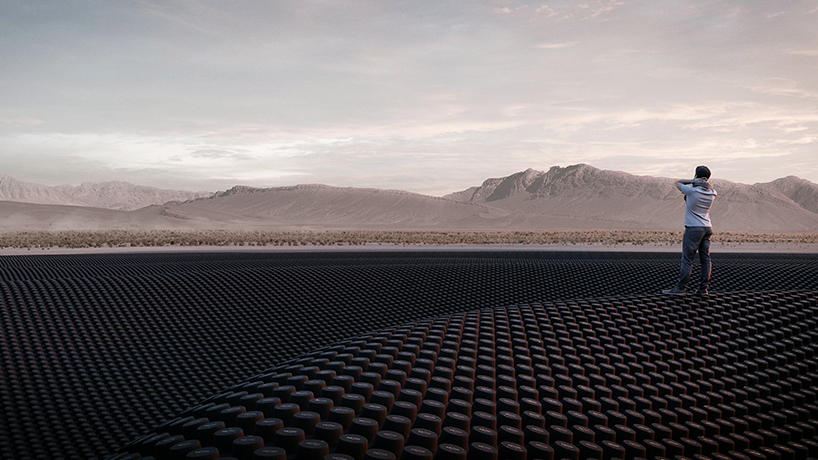 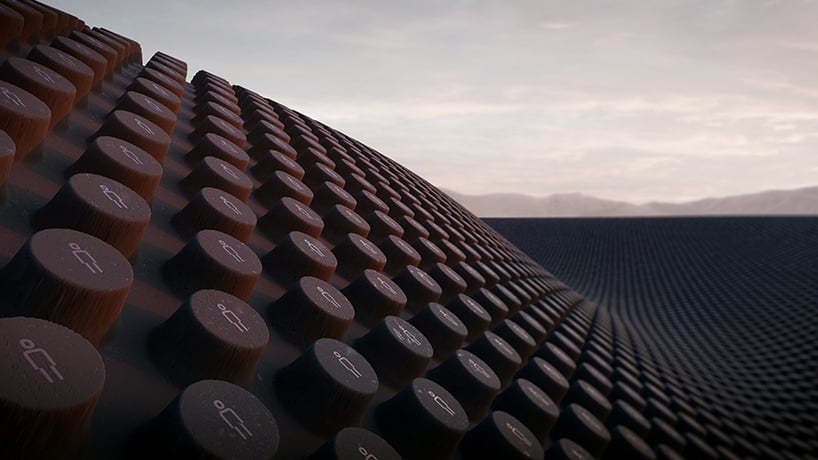 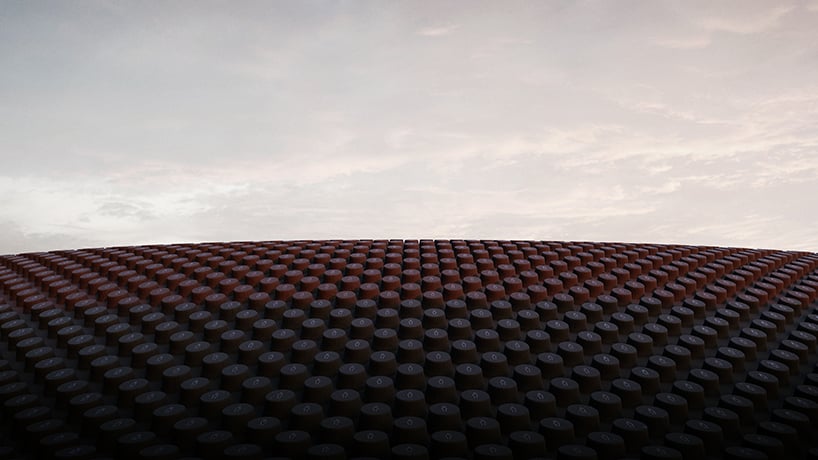 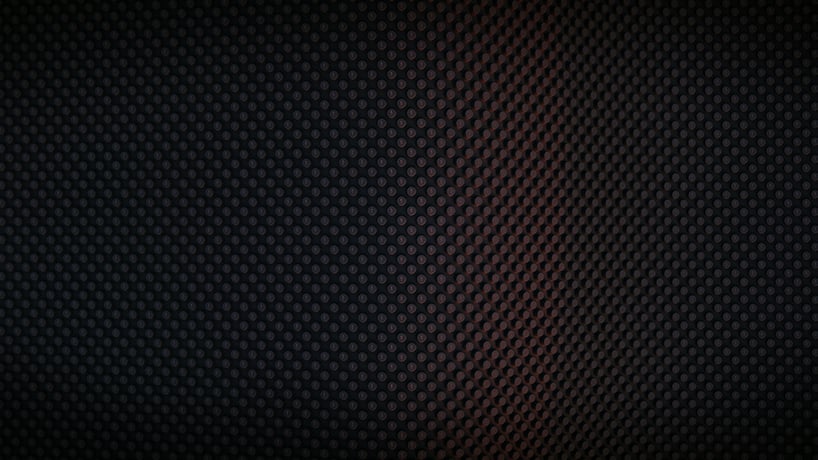 countless cylindrical extrusions on the surface denote a life lost 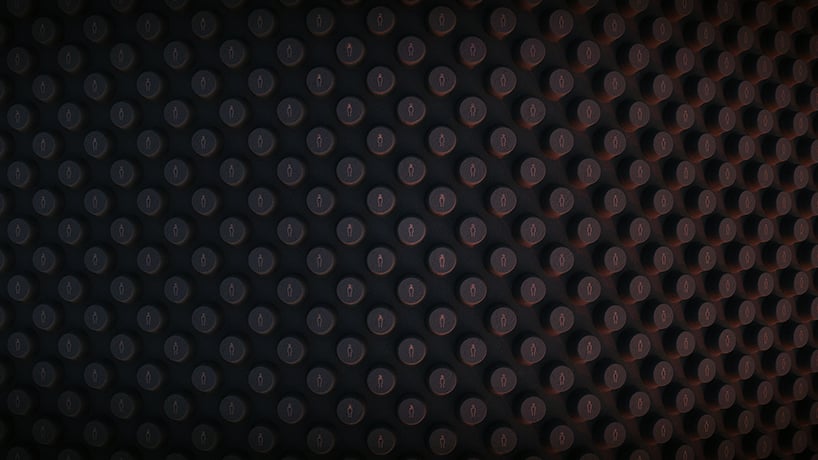 at first, only part of the memorial is visible while the larger part remains hidden under the sand 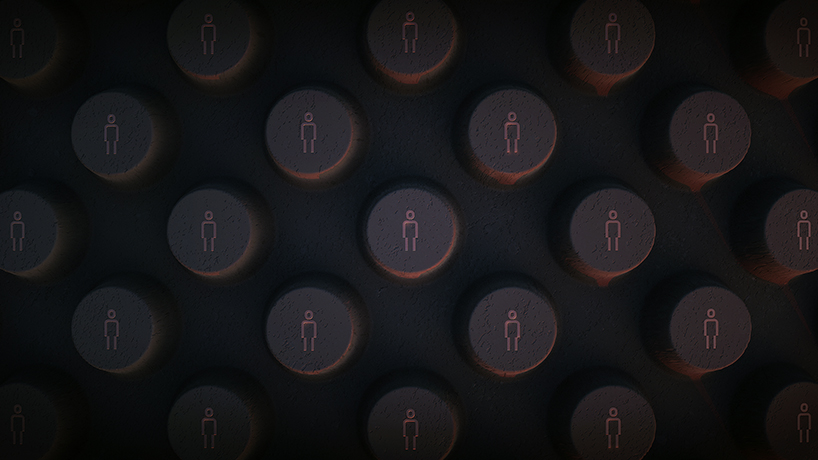