On Posted on September 23, 2022 by Terrance Hughes to Blogging


Snøhetta’s urban red carpet for the mythical Croisette in Cannes

Snøhetta has been announced the competition winner for the design of the legendary Croisette in Cannes, one of the most recognized bay walks in the world. Named ‘Spotlight’, the proposal will be materialized as an urban red carpet and will bring new life to the 2,5km-long boulevard that runs from the Palais des Festivals all along the Bay of Cannes towards the Cap de la Croisette. Designed in collaboration with local French partner Atelier d’Urbanité Roland Castro and engineering firm WSP, the project seeks to modernize and bring back prestige and elegance to this world-famous destination.

The bustling boulevard is known for the International Film Festival it hosts every May annually. Dated back to the 1800s, the Croisette has turned from the picturesque coastal route to the bustling boulevard it is today. Palaces, luxury shops, and listed buildings, as well as a series of private and public beaches, surround the Promenade.‘The Croisette is the social backbone of Cannes. Its circular shape embraces the bay and creates a series of connections between the public, the city and the sea. Our design is a tribute to the inherent qualities of this iconic waterfront,’ says Snøhetta’s co-founder Kjetil Trædal Thorsen. 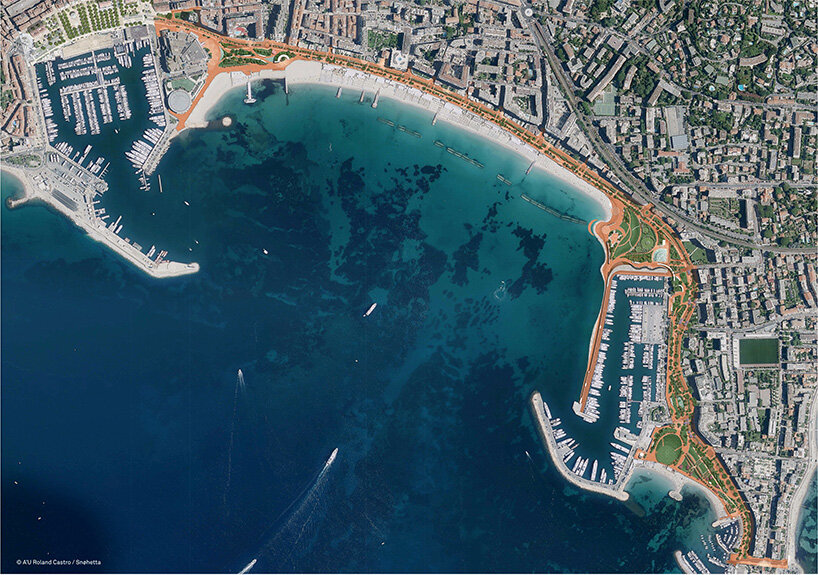 celebrating the inherent qualities of the iconic destination

In collaboration with Atelier d’Urbanité Roland Castro (see more here) and WSP (more here), Snøhetta (more here) has won the competition for revamping and updating the Boulevard de La Croisette. Inspired by Art Deco that is reflected in the palaces of Cannes, the team seeks to pay tribute to the original character of the emblematic boulevard, all the while introducing a more permeable and greener design. Embracing the pleasant shape of the Croisette, the project aims to revive the prestige of the legendary waterfront promenade. The proposal unfolds as a regular repetition of stairs that usher to the Mediterranean Sea and introduces new paving that serves as an urban red carpet that reflects the old Suquet neighborhood and the vivid red color from the nearby Massif de l’Estérel.

Meanwhile, a sequence of ‘Spotlights’ draws passers-by’s attention to the main attraction points, including the Palaces, the beach accesses, and the Palais des Festivals. These describe small squares infused with exquisite gold details and subtle shades of red granite, emphasizing the precious value of the Croisette. 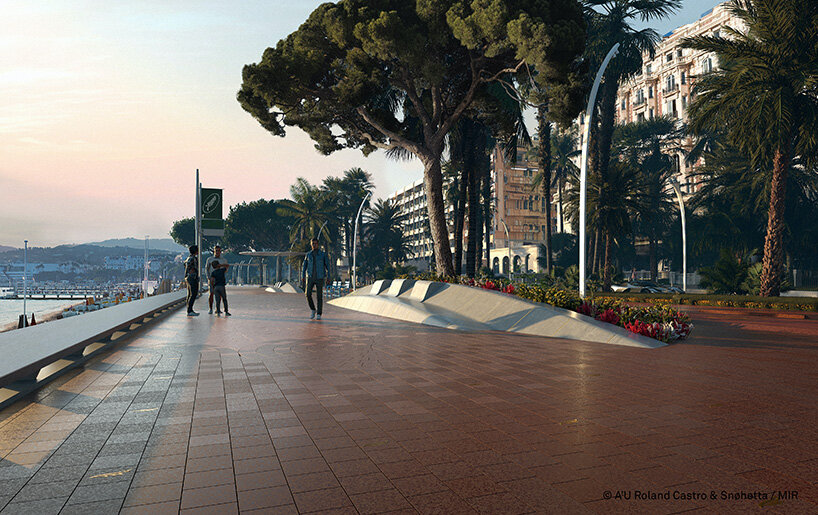 echoing the distant shapes of the Estérel, soft benches emerge from the ground

To add to its sustainable character, the design team opted for locally sourced materials to complete the project.

A collection of urban furniture, including benches, lighting, and shading, is custom-made by Snøhetta exclusively for this project. Soft benches emerge from the ground, mimicking the shape of the neighboring mountain range of Estérel. Throughout the promenade, one can find various shaded spots to stop and unwind and lighting that illuminates the area during the night.

The project contributes to an environmental strategy that aims to bring generous pops of green to the promenade. To strengthen the biodiversity of the Croisette, they carefully selected local vegetation distinct for its climate resiliency and richness, while water elements adorn the project adding an overall fresh and welcoming atmosphere. The final design also spotlights sustainable mobility for pedestrians and cyclists, incorporating traffic lanes to create a safe social hub for interaction, rest, and recreation. 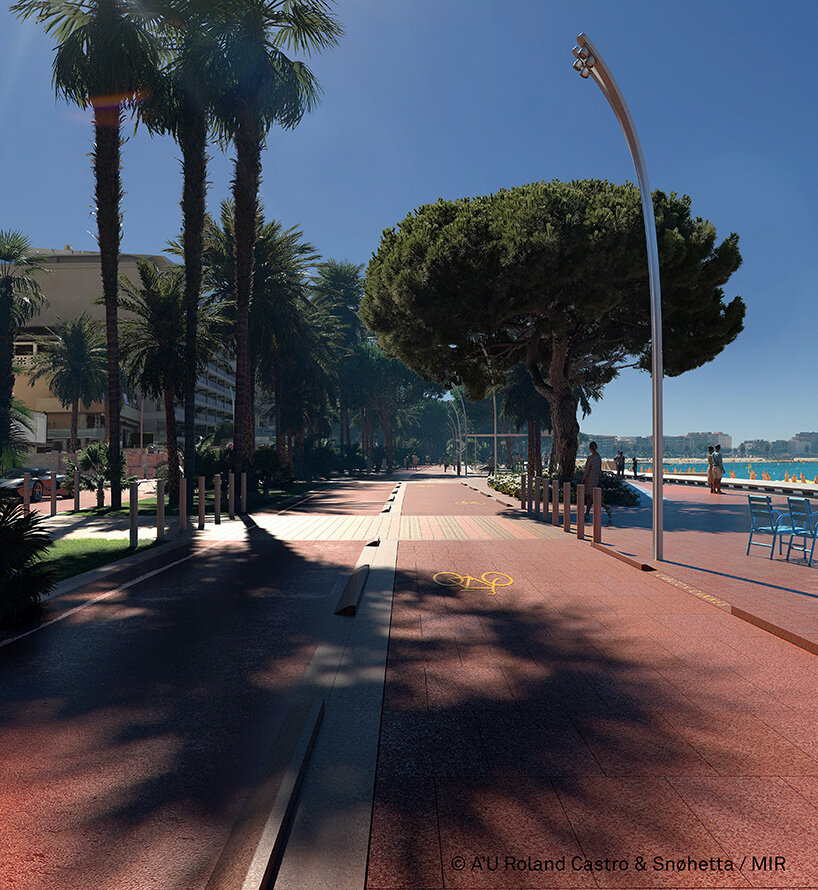 introducing new paving that serves as an urban red carpet 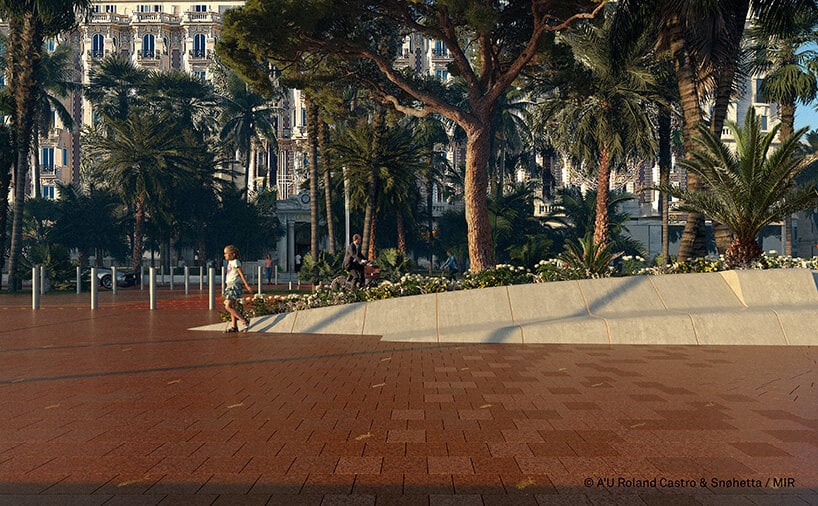 a tribute to the original character of the emblematic boulevard