On Posted on September 6, 2022 by Terrance Hughes to Blogging

Utilizing artificial intelligence program Midjourney, TAT Atelier Architecture visualizes a series of surreal, organic buildings emerging from among the earth to become inhabitable spaces of the future. The series titled Rethink Earth Architecture is part of an ongoing experiment by the Indian design studio exploring the bounds and potentials of artificial intelligence and generative design in the field of architecture. Rethinking how architecture could be imagined and conceived in the future with the aid of AI tools, the artworks reveal curious earth structures composed of raw fungus and bark amid desolate backdrops of vast, natural landscapes. 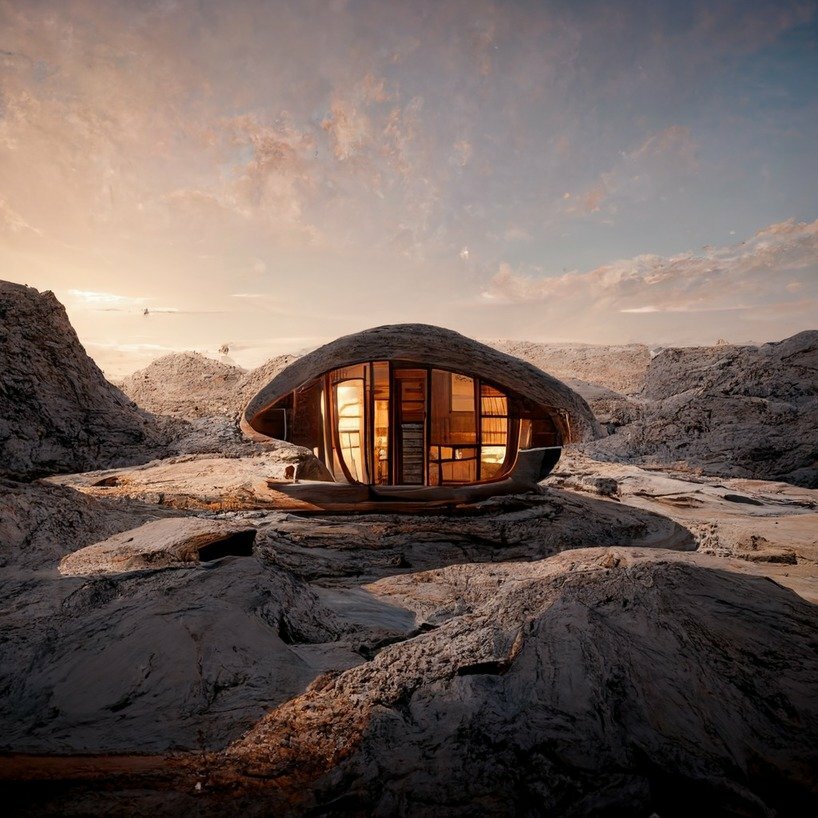 all images by TAT Atelier Architects

the ai-generated architecture rises from the earth

With the recent sweeping trend of the use of AI in creative design, tools such as Midjourney and DALL·E are now increasingly being adopted by architects to visualize spaces of the future. In the experimental AI-generated Rethink Earth Architecture project, TAT Atelier Architects explore how Midjourney can aid architects’ processes to push their concepts beyond pre-existing limits. Following the input of a series of text-based prompts and further iterations, the program envisions this collection of surreal, organic structures. Phrases such as ‘earth house architecture’ and ‘unreal engine’ generate a futuristic architecture which becomes at one with the earth, emerging from within living organisms such as fungus, or natural landscapes such as stone mountains, to become habitable spaces.

The designers propose that artificial intelligence will simplify, aid and enhance the design process in architecture, from clarifying clients’ requirements and devising a design language, to ensuring the structure’s compliance with regulations such as building codes and zoning data, and beyond. The tools have the power to sort though endless data and generate countless design variations. 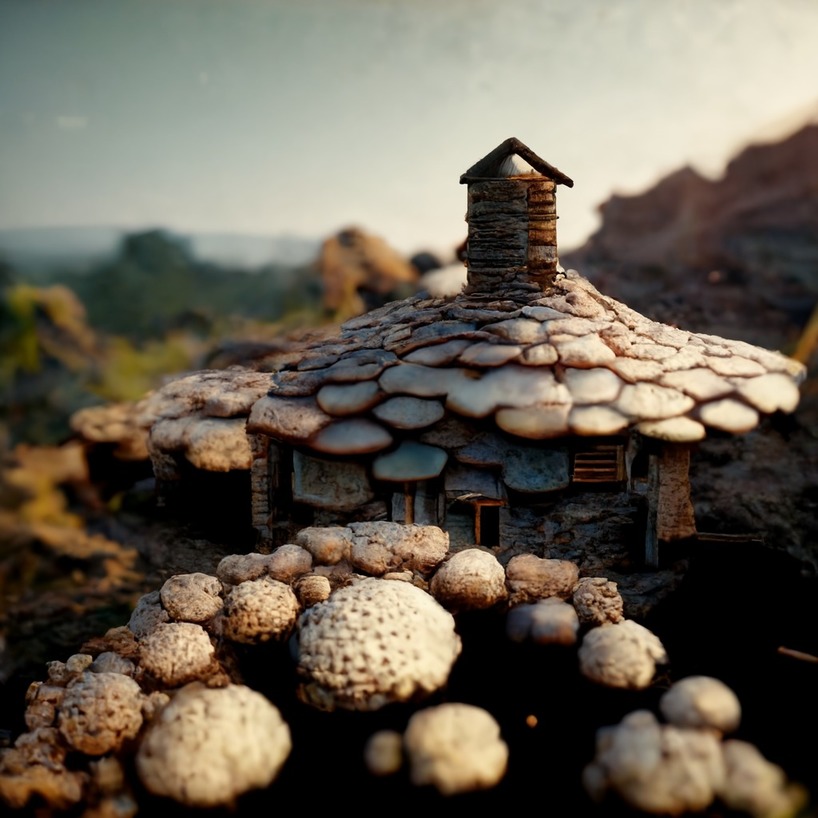 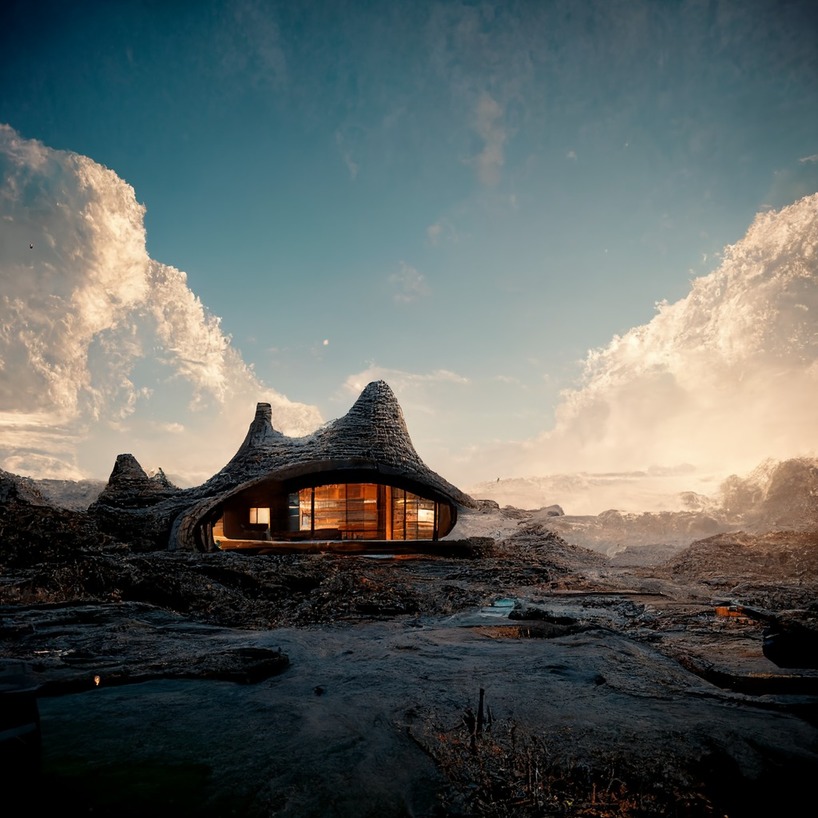