On Posted on August 16, 2022 by Terrance Hughes to Blogging


a chair dance by Urs Fischer

Contemporary visual artist Urs Fischer invites viewers to engage and interact with his kinetic AI installation of nine vibrant office chairs on wheels, dubbed ‘PLAY’. Meandering freely in a vast empty hall at the Tel Aviv Museum of Art, the chairs encourage spectators to come closer and explore their behavior. The installation employs human anticipation as a tool; people interact or observe, and the chairs become participants as well. On approaching the items, they react as different personalities: one may move away and try to hide in the corner, another may speed towards you, or simply stay still, ignoring your presence completely.

The chairs have their own power supply, enabling their independent movement. Each of them is programmed with an AI algorithm, providing it with human character or personality features. They may be shy, friendly, outgoing etc. The gallery is outfitted with cameras and sensors that support the delightful and uncanny interaction between artificial and living. 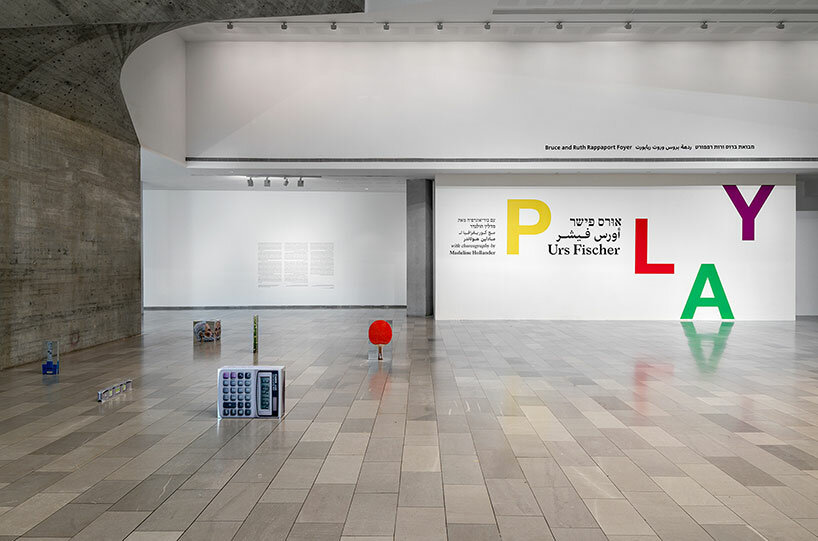 all photos by Elad Sarig, unless stated otherwise

inviting viewers to engage and interact with day-to-day objects

questioning the future of human-ai-coexistence

Through this exhibition, the renowned artist seeks a humoristic response to a number of questions that are evident in our era. Highlights among them: What is the future of human relations in a world dominated by AI? Can an inanimate object have a personality? Are humans and machines interchangeable?

The chairs have their very own character, although, at first sight, they seem to behave in predictable ways. Approaching the same chair multiple times, its reactions may differ every time. It may welcome you, coming towards. The next time, it may be shy and run away, seeking distance from the viewer. Subsequently, it may stay motionless without any interaction. In this non-response, most people think that it may be broken. ‘If something takes a second to respond, we already think it doesn’t work. Like in our daily life. You ask something, and you don’t get an answer, you ask again, and maybe the answer is more complex, but you don’t listen,’ Urs Fischer shares in the video. 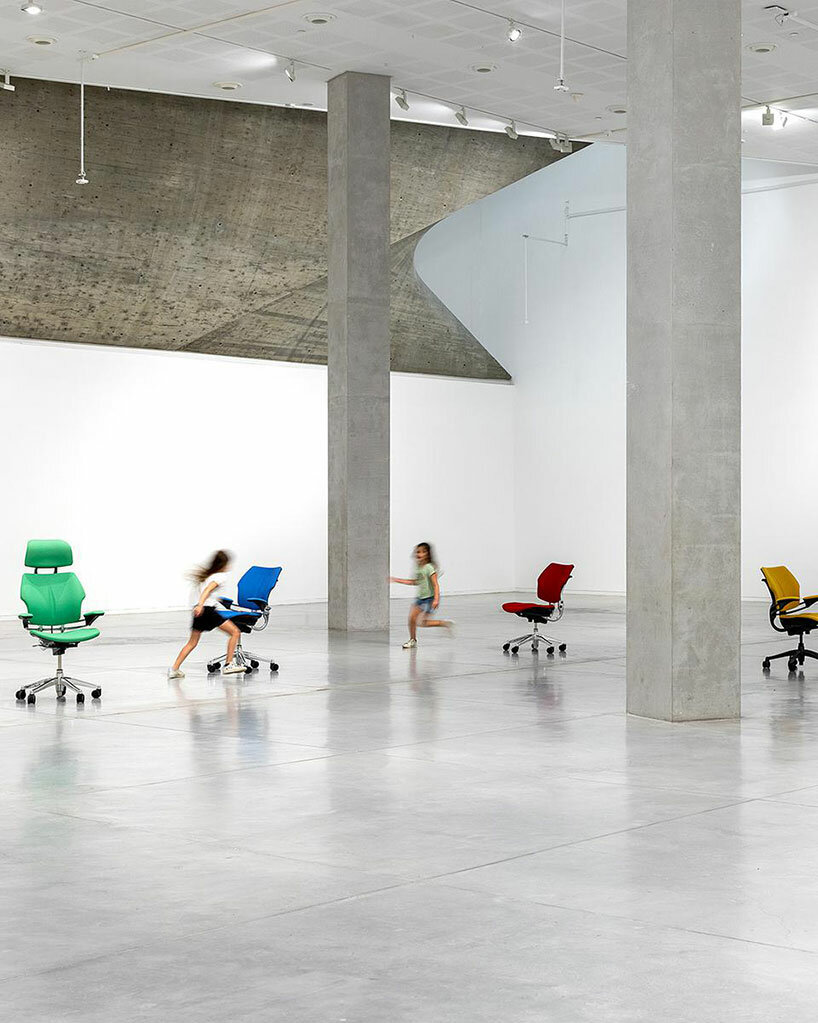 Apart from the dancing chairs, the exhibition hosts one of Fischer’s signature candle sculptures. The sculpture depicts Francesco Bonami, a friend of Fischer, who happens to be a curator. He is standing incongruously on top of a half-open refrigerator, looking at his phone. Through this installation, the artist sought to portray relaxed poses of the human being. The almost life-size sculpture is in process of disappearing as a lit wick burns and gradually melts his body as the exhibition runs. The pose of the man staring at his mobile is a sarcastic result alluding to our growing dependency on the digital world. The uncanny coexistence of human and refrigerator, echoes the contrast between cold and hot, ‘the freshness of the produce in the refrigerator versus the transience of the melting human figure.’

Besides, one encounters a set of eight mirror boxes with printed images of everyday items such as a calculator, a ping-pong paddle, a bubble level, and a key. The objects appear banal, functional, and interchangeable. With these oversized objects, Fischer attempts to make their presence obvious and stimulate the viewers’ interest. By inserting a high-resolution photographic image into the reflective mirror, it seems to disappear completely. ‘He renders the sculpture at once hyperreal and immaterial, making us all too aware of our perception.’ 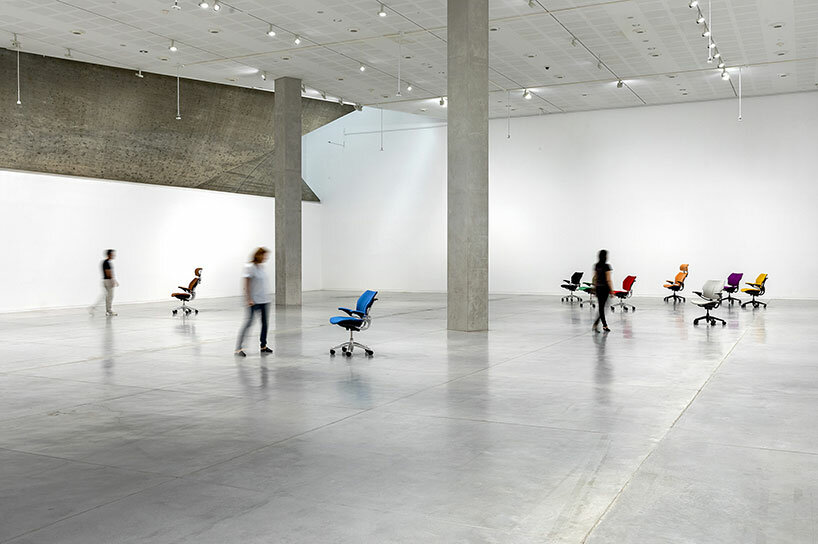 sculpture, human manners, and dancing join into a witty ensemble